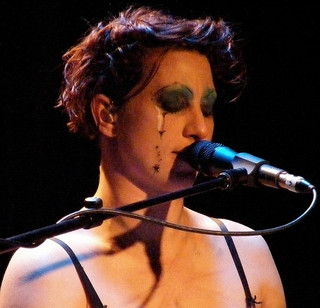 TFW bloggers’ note: We’re aware there are issues with this post and have reached a decision to temporarily suspend further comments until certain matters have been clarified. We apologise for the inconvenience and will provide a further update as soon as we are able.

This post has been deleted after strong concerns were raised concerning disablism, racism, transphobia and rape apologism with regard to Amanda Palmer.

Equally as crucially, it has been deleted because the guest blogger in question – Tahera Dudwhala – is a marketeer for a certain guitar company mentioned in the post, which goes against the ethics of this site.

Apologies for the huge amount of offence caused,