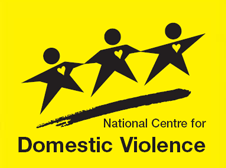 Travellers at Euston Station in London will find themselves witnessing an abusive man shout at a woman, in the form of a video advertisement. The ad, by the National Centre for Domestic Violence (NCDV) then gives those who see it the ability to use their smartphone to visit a website, from where they can drag the abuser away. Information then appears about what the NCDV can do to help victims of domestic violence.

The interactive billboard campaign is designed to “raise awareness about how people can intervene to help put a stop to domestic violence”. The execution of the ad, separating the abusive man from his female partner, aims to show how the NCDV can help by putting a distance between the two people, for instance by securing an injunction.

You can see the advert in the video below – what do you think? Is it too triggering to be in such a public place? Is it empowering to be able to remove the abuser? Is it exclusive, as only smartphone users can actually take action? Is it a great way to raise awareness of the options available? Let us know in the comments.

[The image is the National Centre for Domestic Violence Logo. It has the silhouettes of three people on a yellow background]