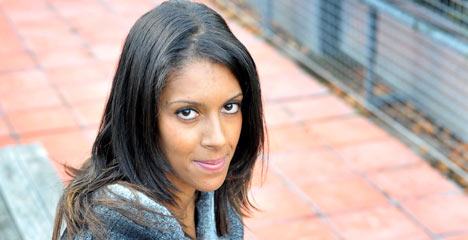 An exciting little nugget of legal news this week, oddly underreported in the mainstream press. Nadine Quashie, who sued Stringfellows after being dismissed, has won the right to have her unfair dismissal claim looked at.

I should begin this piece with two disclaimers: first that I do not specialise in employment law, so if there are employment lawyers out there who can leave further information in comments, please do! Secondly, this is not a blog post about the rights or wrongs of the sex industry, but about this one case.

Ms Quashie worked for Stringfellows as a lapdancer before being dismissed in 2008, allegedly for drug dealing (a claim she hotly denies). She attempted to sue the club for unfair dismissal, but was unable to do so because she was not held to be an employee.

The difference between being an employee and self-employed is sometimes a fine line, but an employee is entitled to a raft of benefits (including the right to claim against unfair dismissal) which a self-employed person is not.

The Employment Tribunal initially held that Ms Quashie was not classed as an employee for the purposes of the Employment Rights Act 1996, saying that although there was an element of control and personal service, there was no mutual obligation between Ms Quashie and Stringfellows to provide and do work.

Ms Quashie appealed to the Employment Appeal Tribunal who have just reversed that decision, holding that there was a mutual obligation to provide and to do work, and therefore Ms Quashie was indeed an employee.

Ms Quashie had expressed criticism of the way that dancers were treated at Stringfellows, saying that Peter Stringfellow compelled dancers to give his friends free nude dances, and that 25% of their wages were taken. The Mirror reported that

…she told how she had to perform free “on the hour every hour” and was fined £50 if she failed to appear.

Ms Quashie added: “If we were caught with cash it would be confiscated. One dancer was caught without a garter and was told not to come back until she had one.

“I was required to provide a fully nude lap dance every hour for free.

“I also had to dance on stage. Stage shows were not paid for. We attended regular meetings with Peter Stringfellow. If we were late we would be fined and if we did not attend we would be suspended.”

But the club’s barrister Caspar Glyn told an employment hearing in Central London her case was “constructed on lots of little lies”.

Interestingly, these “little lies” seem to have been accepted as true by the time of the EAT hearing, suggesting that this is indeed how Stringfellows operated.

The next stage for Ms Quashie personally is that her unfair dismissal case will, finally, be heard. If the Tribunal hold that she was indeed dealing drugs then she would have no case as that would inevitably be gross misconduct, but if not, then she may well be entitled to damages.

More generically, this has implications for women who work as lapdancers either at Stringfellows or at similar clubs. If they are held to be employees – and it seems that they are – then they have employment rights which would not otherwise be afforded to them. That could include holiday entitlement, sick leave, parental leave, antenatal care, national minimum wage, the right to apply to work flexibly, and the right not to be unfairly dismissed. In theory a dancer could even claim for sex discrimination.

I don’t imagine that this will be an immediate panacea for the ills of the industry’s exploitation of lapdancers – it is more likely that Stringfellow and his ilk will pragmatically rearrange things so that they have a more watertight case for saying the dancers are self-employed. However, it does mean that women who have worked there hitherto will fall to be treated as employees with the benefits that this status affords.