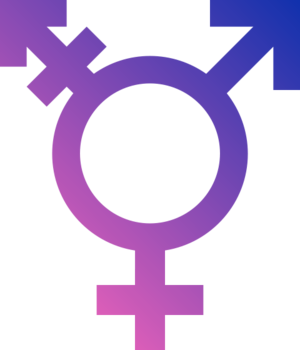 Legalities of excluding trans women from women only spaces

EDITORIAL UPDATE (12/05/2017): Please note that this piece, along with any subsequent comments from readers, does not constitute legal advice. It is also almost five years old at the time of this note, so please consult the linked guidance in this article with the awareness that there are outstanding changes not yet made by the legislation.gov.uk editorial team to Equality Act 2010.

After Laura’s piece on the F-Word blog, commenters suggested that excluding trans women from women-only space is illegal. Unfortunately, the laws surrounding exclusion of trans* people from women only spaces are far from clear. The Equalities Act 2010 was not a particularly progressive piece of legislation (it carefully excludes some immigrants from disability rights, for example). Hidden away in Section 28* of Schedule 3 to the Act is a provision that gender reassignment discrimination is acceptable in the provision of single-sex services, “if the conduct in question is a proportionate means of achieving a legitimate aim.”

In non-legal terms, this implies that it is permissible to have cis-only space if there’s a good reason for justification. The example given in the accompanying notes is

“A group counselling session is provided for female victims of sexual assault. The organisers do not allow transsexual people to attend as they judge that the clients who attend the group session are unlikely to do so if a male-to-female transsexual person was also there. This would be lawful.”

However, and thanks to Sarah Brown for pointing me at this weighty tome, the Code of Practice also says that

“Service providers should be aware that where a transsexual person is visually and for all practical purposes indistinguishable from a non-transsexual person of that gender, they should normally be treated according to their acquired gender, unless there are strong reasons to the contrary.

As stated at the beginning of this chapter, any exception to the prohibition of discrimination must be applied as restrictively as possible and the denial of a service to a transsexual person should only occur in exceptional circumstances.”

What are these exceptional circumstances? Who knows; we’re not told, other than that it would include a group counselling session for cis female victims of sexual assault.

Would it cover the Rad Fem 2012 conference? It might do. Cis-women-only space is not inherently unlawful if there is a “legitimate aim,” and the notes suggest that catering to a target audience who would be made uncomfortable by the presence of trans women would, astonishingly, be a legitimate aim. Generally, safe spaces are based on institutionalised oppression.

It might not, of course. On a more robust reading, it could be argued that there is no legitimate aim and that a blanket policy would run counter to the ‘exceptional circumstances’ requirement. But the trouble with law is that these wrinkles aren’t ironed out until it is tested in court, and so far this hasn’t been tested.

So that’s the law; make of it what we will. There are some who would say it makes sufficient provision. I’m rather in favour of a new Scrap Section 28 campaign, myself.

But leaving the law aside, let’s look at the incredibly anti-feminist practicalities. The Code of Practice seems to confirm that if you can’t tell someone is trans or not, they shouldn’t be the subject of discrimination – which means that trans women who “pass,” or who give no visual clues to their medical history, are entitled to more favourable treatment than those who don’t.

This in turn means that anybody who is running a cis-only event, whether legally or not, gets to play Gender Gatekeepers. Given that chromosomal lab analysis on arrival is impractical, how do they do that? Well, by look, of course, which means that Jenna Talackova would walk straight on in to the tea and biscuits while a gender-non-conforming cis woman might be subjected to a humiliating interrogation on her gender – by other feminists!” In the context of an event, it would be unpleasant. In the context of a sexual assault survivors’ group it could be devastating.

Gender policing one another on femininity is the antithesis of what feminism is about. If I want to be sized up for daintiness and probability of possessing ovaries, the patriarchy will oblige any day of the week. In feminist space, I want to be taken for who I am on my own terms, thanks.

Feminists more than anybody else should know that being a woman is not about socially constructed gender roles. And it’s not about a uterus or menstruation or even the absence of a Y chromosome, because plenty of women don’t have a uterus, don’t menstruate, and some women do have a Y chromosome (XXY is just one of the many configurations possible.) If ‘woman’ can (or should) be defined, it is by subconscious gender, that part of your id which knows who you are and would still know if you were a brain in a jar. That can’t be policed. Whether or not it would be desirable, reasonable or legal to try to exclude trans women, it’s not possible. Or at least, not without looking very much like the same patriarchy that I thought we were overthrowing.

*Yes, the irony struck me too.