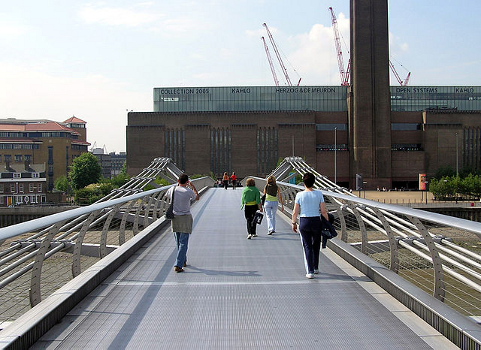 The Her Noise theme began as a 2001 curatorial project focused on gender imbalance in sonic art. This led the creators to map women in the field, along with those in electronic music and punk, for a 2005 exhibition. A living DIY archive at LCC followed and on 5 May 2012, Tate Modern hosted the Her Noise Symposium: a day of discussion and art focused on topics such as such as women’s voices and varied uses of technology.

Artist Joanne Matthews has reviewed the symposium for us. Here’s a preview of what she has to say about it:

The Her Noise Symposium I attend on 5 May forms part of the Her Noise: Feminisms and the Sonic collaboration between Electra, CRiSAP and Tate Modern: a series of events investigating feminist discourses in sound and music (including performances by Meredith Monk and Pauline Oliveros that I sadly missed).

The Symposium is a day of talks and discussions among female artists, musicians, curators, writers and academics. It takes place in the Starr Auditorium at Tate Modern, which is not a particularly inspiring venue. As I’m not usually a fan of conference-style learning, I’m a little wary of spending an entire day in the uncompromising red room, with a slight hangover.

As an artist, I’m attending the symposium with the hope of farming for some inspiration to connect feminism to my artistic practice. I sometimes find talking about feminism rather stifling and need to explore new languages to liberate me from this. By exploring how feminist discourses are framed within a current cultural context, we can see tangible examples being explored and shaped.