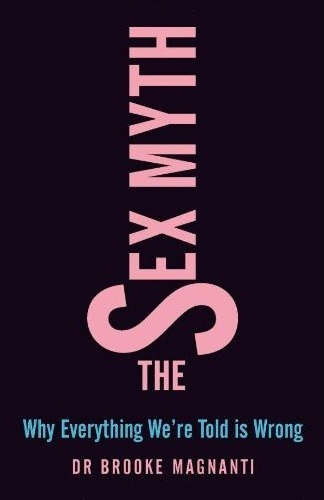 The Sex Myth: Why Everything We’re Told is Wrong

In the first book published under her real name, Brooke Magnanti – better known as Belle de Jour – has taken on a topic often delicate, often controversial, but clearly close to her heart. The title apes Naomi Wolf’s The Beauty Myth, but Magnanti actually targets nine specific myths in her laser sights and obliterates them using a combination of statistics and carefully backed up analysis.

I admit that when I first started reading I wasn’t sure I’d be on board; it’s difficult to accept that I could have been taken in by so much media bumf. In some of the early chapters I was unconvinced by the points made: for example, the idea that women make more successful strippers simply because they can fake arousal more easily. There has long been a cultural bias towards viewing women as attractive, decorative objects while men are participants in activity (such as looking, lusting, and masturbating); if it was only floppy penises that stood in the way of a successful male stripping industry then surely Viagra would have solved that problem?

You can tell that Magnanti is a professional researcher, or as she puts it: “I’m a (former) statistician, yo.” The real strength of this work is in the information she’s gathered, like the history of nymphomania and hysteria through to modern female sexual dysfunction; all the way being used as a tool to oppress, control and take money from women. She’s on a bit of a pro-sex crusade, so it’s pleasantly surprising when she reports both sides of the data, giving conclusions like different women want different amounts of sex, and this doesn’t make them diseased, dysfunctional or abnormal. She’s anti-pearl clutching and anti-hysteria rather than anti-chaste living.

Magnanti scrupulously traces back the writers and sponsors of papers to the true Agenda Setters – yes, she really does use capitals to mark out these bogeymen, which is odd when she spends the rest of the time tearing down the hype and stomping on it. Like any scientist she wants facts to be facts – not tarted up moral opinions – and her aim is to demystify the stories circulated by the media so many times that they feel as real as gravity.

And of the women (and men) making long term careers out of sex work, many say that they enjoy flexible hours and meeting people – things a lot of us wish we had more of in our own jobs

There are some highly feminist points about the ideas of consent and listening to and believing the things women say. Magnanti makes the point that “one does not have to practice a particular sexual kink or orientation to not condemn it”; we should trust adults with the ability to consent to make their own choices about things that a) don’t affect us and b) don’t really affect anyone else either, so why rain on their parade?

Similarly ‘experts’ have a tendency to prefer their own opinions over those of the sex workers they’re writing about – people who often don’t fit the image of the woeful, fallen woman. How many times have you heard this story? Women being ignored, dismissed and their lived experiences not believed. Women not trusted to know their own minds or understand what they are talking about when what they are describing is their own day-to-day lives.

Criticism of sex work is often justified with comments that no one should have to do a job that they don’t want to do, but no job is guaranteed to be sunshine and roses every single shift and let’s face it, we all need money to live. Besides which, that is once again presupposing that this is a job that cannot be liked. And of the women (and men) making long term careers out of sex work, many say that they enjoy flexible hours and meeting people – things a lot of us wish we had more of in our own jobs. 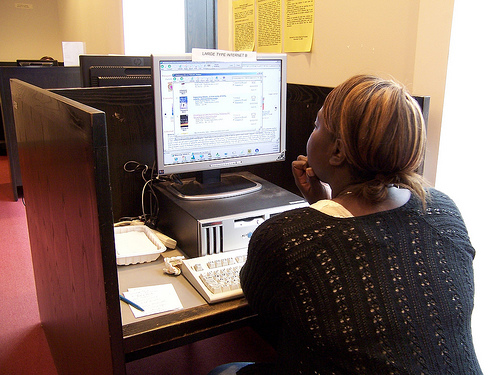 There were two things that annoyed me about this book though: the first being the use of bogeyman terms such as Agenda Setters, Constellation Makers and Evangelisers, along with the convoluted explanations of what they mean and how to spot them. In some places it’s a useful way to make some of the information more accessible, but after a while it starts to feel like Magnanti has taken it upon herself to provide some much needed Media Studies education to the general public to stop us all being so gullible. While I suspect she means it to encourage us to look at reports with the appropriate slant and point the finger of bad science at the correct perpetrators, it can be a little condescending, especially when she presents you with so many numbers that you feel speechless to argue with most of the points she makes.

It’s the kind of thing that’ll back you up with facts to dispel rumours when you’re told you’re consenting to the wrong kind of sex, or there’s too much sex about or that your sexuality could harm others

The second thing that bugged me were the occasional digs at feminism, especially as I think this is a text that will be incredibly useful to feminists. The second time was so alarming that I even wrote in my notes: “I’m trying to like you Brooke, stop insulting me!”. She waits until the end of the book to explain more about this, describing the kind of attacks she suffered in the press from female, self-identified feminists for no reason other than for being a call girl and being happy at the same time.

It’s hard to take the criticism at times and while I think it’s a mistake to lump all third wave feminism under one banner, Magnanti still manages to say some things I agree with, such as: “It’s disappointing to find the much-lauded feminist writings of your day have all the depth and insight of a Heat article”, because it is depressing when that happens (I’m looking at you, Julie Burchill). But has her research finally let her down? Because this isn’t the feminism I know. It might be what some of the biggest, loudest, most public figures hired by the news media to call themselves feminists are saying, but in all likelihood these are the voices paid by a different kind of agenda setter, the kind that’s blocking out the rich diversity of modern feminism (and quite frankly making the rest of us look bad).

Unlike many authors motivated by the urge to prove a point, Magnanti actually provides verifiable evidence. Or explains why there is no evidence to prove the point either way. I can see The Sex Myth becoming a significant text for sex-positive feminism, a feminism often misunderstood and maligned but gaining ground recently. It’s the kind of thing that’ll back you up with facts to dispel rumours when you’re told you’re consenting to the wrong kind of sex or there’s too much sex about, or that your sexuality could harm others. You’re not, there isn’t and it can’t. So enjoy yourself, whether that’s by being filmed in a threesome, sitting at home writing slashfic or not thinking about sex at all.

Image of woman on computer by Newton Free Library, shared via a flickr creative commons license