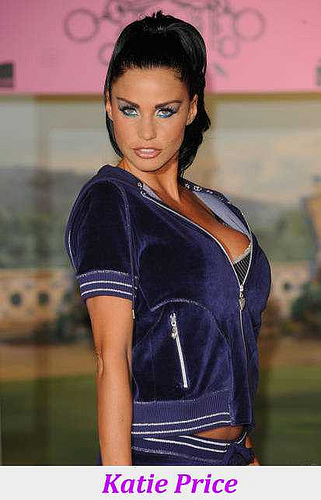 There are currently three issues of Closer magazine littering my front room. One of them I picked up on a bus. Someone had left it there, we were stuck in traffic, and I was bored. I opened it to discover that someone called Leeanne (or possibly Danniella) had lost a stone. Danniella (or possibly Leeanne) had a new boyfriend. And on, and on, for page after page. It was simultaneously utterly inane and beautifully absurdist, particularly given that I had no idea who these people were, and I started tweeting it.

The following week I got another copy – this time on purpose, just to take the mickey on twitter – and discovered the exact same things. And again. The messages are the same, every week.

I appreciate that there are plenty of women who enjoy soaps, are interested in celebrity gossip, and take more pride in dressing fashionably than I do (this last one isn’t difficult). This is not knocking other women’s fun or being snobby; there’s absolutely nothing wrong with mindless entertainment from time to time. But here’s my theory: these magazines are not actually about celebrities (or fashion or food) but about constraining women into a narrow model of femininity predicated upon some of the worst excesses of sexism of the last century.

Many of the magazines offer advice to readers to love their body. But how is a woman to love her body when she reads on almost every page that size 12 Kerry is revolted by her weight and is dieting furiously, while “pals” of the size 8 celebrities tell how much more happy, fulfilled, sexually successful and generally all-round chuffed they are with their shapes? When she reads that a celebrity who was 10 stone had weight loss surgery (liposuction)?

Almost every story in the celebrity ‘news’ part contains a casual reference to the woman’s dress size. A little like the Mail’s ability to put a house price into every story, Closer gets a dress size in there. “Alicia, a svelte size 10, did XYZ…”

Outside the obsession with weight there’s hardly a more woman-friendly overview. Women who have broken a relationship off are inevitably “heartbroken” whilst women who have just begun one are either “besotted” or planning a baby. Any woman who has “hung onto her man” for more than a few months begins to look “broody,” and her “pals” will tell of how she desperately wants a baby. Once any baby is born, columns are devoted to how quickly or slowly the woman is able to shed the baby weight, and which exercise plan or diet regime they followed to do so. Women who are “back in their pre-pregnancy jeans” quickly are spoken of with approval, while women who are not suffer more of their “pals” explaining how revolting they find themselves.

Life – for the celebrities and for you, the prospective reader – revolves around getting a man and then forcing him down the aisle. Men are allowed, even encouraged, to be reluctant to marry, while women are always said to be desperate to get a ring on it. Agony advice to readers has included such up-to-date gems as ensuring that you don’t have sex on the first date (bit slutty) and that men should be indulged if they’re being selfish idiots because – well, they’re men. Do your womanly duty and look after him. It might be phrased in the most modern of language, but it’s straight from the 1950s.

This isn’t entertainment; it’s orders, to go with the FASHION MUSTS and MUST NOTS which grace the middle pages.

I don’t see how any woman could maintain a decent amount of self-love while reading this appalling propaganda. If you’re constantly told that women who look like you are disgusting and hate their bodies, what are you meant to think? To say nothing of the way in which uber-privileged women who have a personal trainer, 24/7 childcare, a nutritionist and cash for the most expensive diet plans going are constantly held up as achievable role models, simpering that they lost weight merely by cutting out carbs / eating seaweed / doing yoga. The message is that if you want success, you must look the part. And if you can’t achieve the physical perfection of a woman with everything, then you are an undisciplined, slobby failure.

As I said, I’m not being judgemental about anybody who is interested in celebrity gossip: I’m interested in political gossip, which is truth be told not all that different. I am being judgemental about Closer, and any other magazine which thrives on making women feel inadequate about their bodies, their sexuality and their uterine achievements (and gets its revenue from advertisers flogging the supposed remedies to the problems you never previously knew you had). And you know what? It’s about time we started judging these mags, because they’ve spent far too long judging us.

Picture of Katie Price has been used under the creative commons license. Credit due to firebalk2588.