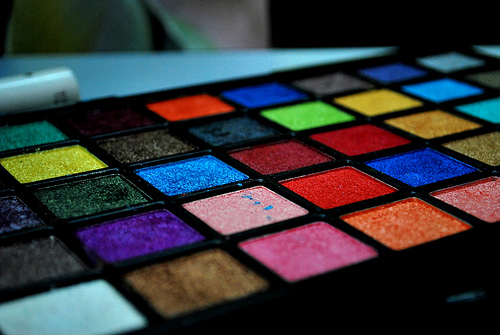 Guest blogger Claire writes about her relationship with Islam as the non-Muslim partner of a Muslim man.

In Britain today, feminism is as varied as society itself. As members of a multicultural society, it isn’t enough for us to only consider the issues we find on our own doorstep. Through our personal experiences we meet so many different kinds of people and my story is just one that demonstrates how feminism can go hand in hand with other ideals in our society.

My name is Claire and I am engaged to a Muslim man called Usama. Let’s not pretend for a moment that our society is entirely accepting, that there are no issues for a white, middle-class girl from suburbia bringing home someone other than a solicitor, or Nigel from accounts. When you say that you’re a feminist dating a Muslim, some people are physically taken aback. “But don’t they make women cover up?”, “Are you going to give up your views?”, and my personal favourite “Don’t you like having human rights?” are the sort of candid questions I am confronted with on an almost daily basis.

Are these questions justified? I’ve made no plans to convert and so I don’t pretend to have an Islamic perspective myself. I am a (non-Islamic) feminist, and I have learnt a lot. Some of you reading this will already have your opinions on religion, and I’m not waging an attack on those who oppose religion, but I do ask you to have an open mind. Only through a real encounter with Islam did I start to think about what its lessons really mean and how, in my experience, it sometimes clashes with and sometimes complements my feminist ideals. I’d like to tell you, as frankly as I can, how the two supposedly contradictory lifestyles of a feminist and a Muslim actually work pretty well together. So well, in fact, that we’re getting married next year.

First things first, why am I getting married?! Before I met Usama, I wasn’t even sure if I wanted to get married at all. Through experiences of my own and those around me, I had a very negative view of the whole thing. Isn’t marriage the greatest trap for women? My education thus far has taught me that marriage is the means through which oppressive patriarchies are sustained, and yet there I was, sitting in a kitchen, being asked by Usama’s mother, whom I had just met, if – actually no, scrap that, when – I was going to marry her son. It was difficult to word, to this well-meaning stranger, my view that I wasn’t sure if I believed in the institution of marriage. What changed my mind about the whole marriage thing wasn’t my wish to avoid upsetting Usama’s Mum, but actually checking out the Islamic marriage contract. Did you know that Islam invented the pre-nup? – because I didn’t! Thanks to Usama’s religion, I will be entitled to financial security in a contract that can be both legally binding in the UK and upheld by Islamic law in any country. With a number of my friends getting married with no prenuptial agreement in place at all, I was starting to feel like I was already in a better situation than a lot of the women around me. Usama’s Mum is now my good friend and greatest ally. Once, when Usama told me to “shut up” as a joke over Skype, I could hear her telling him to have more respect for women and that was no way to talk to me, even if it was a joke – Go Mrs R!

If anything, marrying a Muslim will make me a better feminist. I no longer hold the same Eurocentric views I once did, I’ve let go of the clichés I used to take as gospel and opened my eyes to the realities of life for British Muslims. Wearing the hijab or dressing modestly (no low necklines and leaving miniskirts to models) can, for some women, act as a way of empowering them, and I’ve seen its benefits first hand. When I wear a top that goes up to my neckline, as I do when I’m around Usama’s family (or to be honest most of the time – I wear hoodies a lot!), I feel like I’m actually being listened to and enjoy engaging in debates about religion and feminism with his family, without the feeling that someone is staring at my tits – which was the case in a lot of other situations. It reminded me of Simone de Beauvoir’s concept of female freedom lying in a woman’s ability to be removed from her physical attributes. Maybe there is something in it, after all.

Being welcomed into a Muslim family has exposed me to lot of rude questions and Taliban jokes, but it’s also allowed me to see things from a fresh perspective. My fiancé is the most open minded and kind person I’ve ever met, so maybe after reading this, rather than making a snap judgement about a Muslim man in the street, rather than assuming (as some do) that his wife is at home in the cupboard under the stairs like in the film Four Lions, you’ll wonder how he might defy stereotypes. Among other things, perhaps he’s part of an inter-racial couple like mine. I’m not saying it’s all smooth sailing, but we take each day and each issue as it comes, working them out as a mutually respectful Muslim-Feminist couple.

Image shows a palette of many different colours. Shared by etaKate under a Creative Commons license.