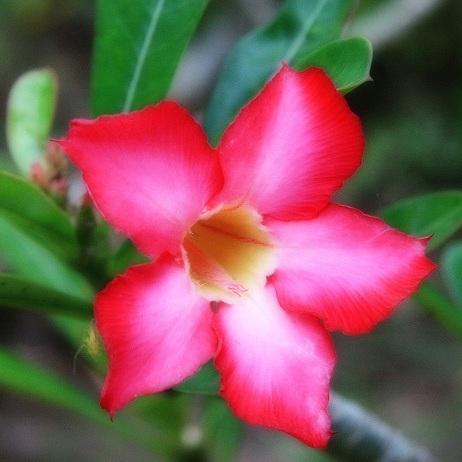 Call it what you want

A guest post from Lisa Glass on the naming of vaginas, after a US politician got into trouble for using the word.

If genitals could speak, I imagine this is the kind of thing a penis from Michigan might say to a vagina, should they meet: “Well, hello there, my name’s Richard. You seem nice, and what do I call you? Twinkle? Froo froo, perhaps? Fairy? Vajayjay? Minge? Something childish and/or humorous like that? … Hmm, what now? Your name is WHAT? That. Is. Disgusting. Get out of my sight. I am NOT interested.”

Ever since Lisa Brown “violated the decorum of the house” by mentioning the word “vagina” in the House of Representatives, there has been much discussion over the language used to describe female-assigned genitalia. Apparently, in the world of US politics, the word vagina offends both men and women. The implication is that some other word should be used instead and, as The New Statesman article highlighted above mentioned, on the back of this story, Tweeters were quick to put forward many examples of alternatives to vagina.

A recent advertising campaign by Femfresh uses several such euphemisms for vagina to sell its vagina-freshening products (such a concept being a whole other topic worthy of separate discussion), with the tagline “Whatever you call it, love it”. “Mini, twinkle, hoo-haa, flower, fancy, yoni, lady garden” are some of the examples used. Ranging from the creepily childish to plain arbitrary, these terms were obviously decided on in a flash of “inspiration” by some advertising guys in an evening down the pub. Let’s face it, you could sit around all day taking words out of context and making them apply to genitals in general. (Why not try it?)

In both examples, it is who is doing the naming that is the real issue that is damaging to gender equality. It is the fact that, in the Femfresh example, the words used are suggested and imposed by an advertising company, encouraging women to refer to their genitals by anything but their proper name. In Michigan, it was a bunch of men objecting to a woman referring to part of her own anatomy using scientific language, insisting that it be named something else. The message coming across is that too biological a word demystifies and de-glamourises vaginas and turns men off. The idea seems to be that vaginas should remain as mysterious to women as they are to men. After all, they are really the property of men and theirs to discover. Women cannot possibly have any use for them unless men are involved (apart from keeping them clean using specially designed products, of course).

Naming implies ownership, exploitation and repression. It has connotations of colonialism and claiming territory. It is patriarchy’s unwillingness to admit that men and women are equal that leads to this need to impose euphemistic names on women’s anatomies. Just as by taking a man’s name in marriage, a woman was historically seen as his “property”, so is patriarchy staking a claim on women’s bodies through dictating what we should (or more pertinently, shouldn’t) name parts of it? Furthermore, words like “froo froo” infantilise us, and encourage us to think that our vaginas are something so scary and mysterious they cannot be directly named but must be rendered harmless through childish language. It is as if merely saying the word vagina will conjure a giant mutant giant flesh-eating one, horror movie-style.

Call your own whatever you want. Have your lovers and friends refer to it by that name if you want. The point is it is yours to name, no one else’s.

Close up of an unknown pink flower (possibly a lily) with Orton effect by whitecat sg, shared under a creative commons licence.