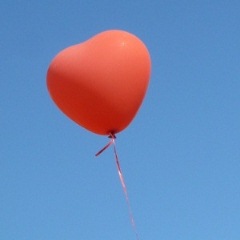 Recently I attended an event where women (and men, and those who don’t identify on the spectrum) were invited to discuss their experiences of sexual assault. This post is not meant as an attack on that particular event or others like it, such as Slutwalk, but I just want to reiterate some concerns I had at the time and plead, again, for specialised support at these sorts of events.

Talking about rape and sexual assault can be a triggering process. The speaker, or those in the audience, can find themselves reliving that night, even if it happened years ago. Like with domestic violence, homelessness or drug addiction, you can’t tell by looking who is a survivor of sexual assault. It could, literally, be anyone.

This is the reason why we should never talk callously about rape; you never know if the person you are talking to (or at) has experienced it. We all know not to joke about suicide, so why do we continue to talk about rape facetiously? The existence of the term ‘frape’ or ‘facebook rape’ for instance – to denote when someone has co-opted your status update on the social networking site – speaks volumes about the way we talk, or don’t talk, about rape.

I love confessional poetry (it’s the same vanity that drives me to write columns), but there is a style right now to be as explicit as possible in your work. But describing every second of your date or intra-relationship rape is inappropriate. That’s for the police file, not for the performance audience. It’s completely understandable to have an urge to tell someone, a desire to communicate just how awful it was. Your anger is justified; but detailed descriptions are triggering, and triggering others to comfort yourself is wrong. Especially – especially – when you aren’t providing support for yourself or your audience. The presence of qualified sexual assault counsellors should be just as necessary as alcohol at these events. They should be a pre-requisite – no counsellors, no confessions.

I have been of this opinion for a while. After I was raped I was angry. I was angry with myself and with the person who did it to me. I was angry at the shame I felt. I was angry that I didn’t go to the police (like the sensible voice in my head was telling me to) because I didn’t want my friend to be labelled a rapist. The whole experience felt like a horrible mistake. I was confused. I was emotional. A few weeks later I went down to a feminist poetry night. I put my feelings into words. Highly confessional and incredibly explicit words. Instead of asking for some help (by telling a friend or seeking professional advice) I directed my anger at those who didn’t deserve it. That was wrong.

Now, years later, I’m in a toilet comforting a crying woman. She’d had a particularly bad experience and the organisers of the event I’ve just attended had encouraged her to talk, not even about it, but about the issues surrounding it. Unfortunately, just being at the event had brought everything back for her. We were at an impromptu after-party, merely an hour or so after the evening’s proceedings had taken place, yet the main organiser had already gone home. There were no support workers of any sort on the scene. I held her while she cried, gave her some money, and put her in a taxi home. I felt that old anger returning. A person’s pain shouldn’t be used as entertainment. It should rarely even be used as an educational tool. We were still failing to take rape seriously enough.

I hope no-one was triggered by my poetry that evening. I’m trying to talk about my experiences with more objectivity, more sensitivity for the personal histories of those around me. I will be personally inviting charities like Rape Crisis to the Slutwalk events I’ll be attending this summer. I urge the organisers to do the same.

It is important we talk about these things, but talking raises its own issues. We have to be ready to take responsibility for any painful memories our words raise and offer our audiences the support they need.

Photo of a red, heart-shaped balloon against a clear blue sky, from Slutwalk London, by msmornington. Shared under a Creative Commons licence.