I was a young teenager, watching TV in my grandparents’ living room and something happened that made it crystal clear that sexism was still very much alive. We were watching a programme about various blues and jazz musicians, including Ike Turner. I didn’t know much about Turner but what I did know, I didn’t like. I was still naïve enough to think everyone else felt the same way I did, so imagine my indignation at hearing so many commentators, many of them women, waxing lyrical about Ike Turner.

“He was such a talent!” “He was just so misunderstood!” Then one man finally called attention to the elephant in the room; “He was a woman-beating pig!” he spat. Harsh: pigs are very intelligent, sensitive and gentle animals. Joking aside, this man raised a very important point, one that deserves closer scrutiny. No doubt Ike Turner had talent and was good at what he did, but neither is there any doubt he was violent towards his wife Tina. That people seem so willing to overlook this has always made me seethe. I couldn’t understand it then and I still can’t get it now: why are we so willing to forgive famous artists anything? Even when that anything means violence towards the women in their lives?

Tommy Lee is most famous for marrying Pamela Anderson. He is also famous for assaulting her while she was holding their baby

Should it be surprising that artists are forgiven so readily, given the prevailing attitudes towards domestic violence in society as a whole? Unfortunately many long standing myths about domestic violence are still in circulation, in particular victim-blaming. It only makes sense that such attitudes will leak into popular culture. Worryingly many teenagers, the main consumers of popular music, seem to be absorbing many of the existing attitudes regarding domestic abuse, as a study by Bristol University and NSPCC has found.

Tommy Lee is most famous for marrying Baywatch actor Pamela Anderson. He is also famous for assaulting her while she was holding their baby. This would be shocking enough in itself but it was the attitudes of Lee’s fans that was the most disturbing.

The usual response was always that Lee had been drunk and high, and therefore not responsible for his actions. Lee’s assault of Pamela Anderson was seen as just another facet of his rock and roll persona. 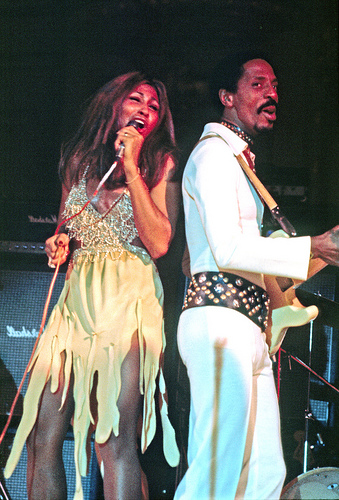 Pamela Anderson’s feelings on the matter were rarely, if ever, considered. It seemed to me that so long as a male artist released good songs, in the eyes of his fans he could do pretty much whatever he liked and never be questioned for it.

Lee is not the only high-profile heavy metal artist who has assaulted his wife or partner. I used to love Black Sabbath, I used to think Ozzy Osborne was awesome,. Then I saw a photograph in a documentary God Bless Ozzy Osborne showing the state of Sharon Osborne’s neck after Ozzy’s drug-fuelled attempt on her life. Now Ozzy is not welcome in my album collection; Motley Crüe never have been.

Maybe times have changed, this was a few years ago after all. Recently R&B artist Chris Brown was charged with assaulting his pop artist girlfriend Rihanna. The photos of Rihanna’s bruised and bloodied face and swollen lips were on the front page of every celebrity magazine and newspaper. Condemnation of Chris Brown was widespread, it really seemed as though his career was over. While Rihanna went from strength to strength Chris Brown seemed to disappear without a trace. No such luck. Only last year did I see a video for a song of his on a music channel. My response was hardly articulate, “What the fuck? He’s still got a career, really? What the fuck!?”

Chris Brown has indeed made a comeback. It’s the same old cycle over and over again. No matter how awfully these famous men have behaved towards their wives and girlfriends they get forgiven. In the case of Chris Brown I got an answer of sorts from a work colleague. I made a remark about how it was bizarre he was still in the charts.

My colleague simply said, yeah she thought he was a dick, but his music was good, so she would continue to download his songs. Chris Brown is making a comeback because people are still buying his music. 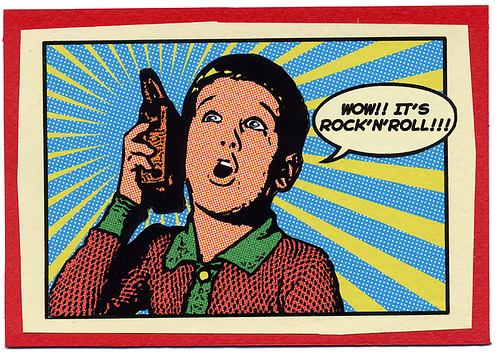 Chris Brown would be nothing without his fans. If people didn’t part with their cash to buy his albums or download his tracks, he would simply sink like a brick. If you don’t like it that a famous singer is violent towards his girlfriend, no matter how good you think his songs may be, no matter how talented or how handsome you think he is, do not give him any of your time or your cash.

There is of course another problem and that is not so simplistic. These things never are. In the metal scene I found most of Tommy Lee’s most vocal and ardent supporters were young women. Chris Brown’s fan base (I would be willing to bet) is mostly female. One step forward, about four steps back.

It’s hard enough condemning Lee’s violence towards Pamela Anderson in front of one of his male fans, even harder in front of his female fans who refuse to understand why assaulting your wife is wrong. Sisterhood my arse, you may be thinking.

The truth is, popular music only reflects attitudes that are already present in society. It is our job as feminists to constantly challenge these attitudes when we encounter them, no matter how difficult it may seem. I promise you, for all those young female metal fans that love Tommy Lee there will be a least one that will see him for exactly what he is. For every teenager who downloads a Chris Brown song onto her iPod or has his poster on her wall, there will be another who refuses to have anything to do with him. All hope is never lost it’s just frustratingly difficult sometimes to make your voice heard.

We have to try and figure out why so many young female fans especially seem so willing to forgive men who have shown blatant contempt for women. It’s not just rock and pop stars, footballers, despite their legendary abysmal treatmentof women always have plenty of them clamouring to be seen with them. I certainly don’t think it’s as simplistic as the ridiculous notion that all straight women just have a severe bastard addiction, that we are all biologically programmed to fancy the bad boys. I don’t; I find a man who thinks hitting his partner is acceptable a real turn off. 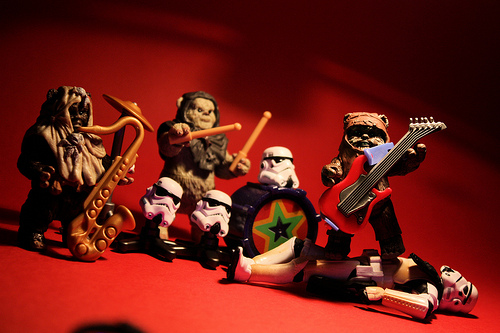 There are many, many complex reasons why so many women are fans of these men, despite the proof of their violence. I don’t have the time or space to go into it here, I would need to write a whole separate article.

Yet pointing out the problem, bringing it into the light and making it visible, is a good start. If we know it’s there, we can start to tackle it. In the meantime, I’ll make it clear, as controversial as it may seem to some, you may make great music, you may sell millions of records, you may be hotter than Satan’s jockstrap, but assaulting your wife or partner, as far as I’m concerned cancels everything else out. Violence is never trivial, fame will never, ever make it ok.

It’s one thing to refuse to buy music from such artists, in order to have real clout you have to vocalise exactly why you’re not buying their music. Hence this article. Make it clear, no matter how much you’re potentially setting yourself up for ridicule or worse, total indifference to your cause, you have to make it clear. You will not support these artists in any way whatsoever. You will spend your money elsewhere.

Amanda McIndoe is an aspiring writer and artist. She is an ardent feminist who lives with her three pet rats named after horror movie actresses and pet python Frankie. She’s also a self confessed geek who reads far more Tolkien than she’ll ever publicly admit to