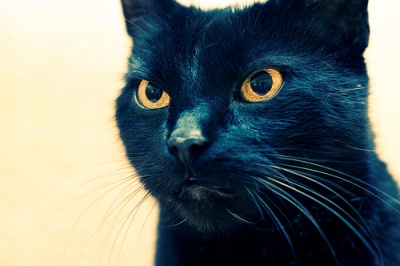 It’s your fault he cheated

Self-proclaimed bad boy Steve Santagati appeared on Dr. Drew’s show, Lifechangers (which aims to help ordinary people who experience some sort of conflict in their lives) in order to “help” a woman wanting to know why all of her ex-boyfriends had cheated on her. Rather than focusing on the behaviours of the ex-boyfriends, the conversation focused on what the woman should do to prevent future boyfriends from cheating. A US friend of ours recorded the show and suggested we watch it, due to its sexist and disablist content.

During the show, Santagati wasted no time badgering the woman about her lifestyle, appearance and personality as he took a tour around her apartment. Santagati noted plenty of “red flags” that according to him were severe turn-offs. First, the woman had a cat, which Santagati claimed was a turn-off because “cat lady” = “lonely lady”. Santagati also stated that men are attracted to women who are dangerous, fun and “crazy”, but not “weird crazy”. “Weird crazy” apparently includes those women who post pictures of their cats on Facebook. The woman’s apartment was also less than exciting as Santagati proclaimed that a “boring house” = a “boring girl”. The woman’s empty fridge indicated that she would not be able to provide for a guy, while her dirty drain indicated that she was in fact a “dirty girl”.

After criticising every aspect of this woman’s life, Santagati stated that she needed more confidence. And what is the best way to gain that confidence back? Santagati has the answer: “Confidence starts with the lingerie you have on”. Santagati also offered all the women in the audience plenty of advice on how to keep men interested (thereby keeping them from cheating, since Santagati believes that all men are innate cheaters). Some of his advice included: “change your hair, change the way you dress, change everything about yourself. Make dating provocative, because then guys will want to date you”. Santagati also stated that a woman should be unpredictable and never let the guy know what she is really thinking. Santagati was also very adamant about the fact that if a man can have a woman that is hotter than his current girlfriend, he will decide to cheat. Therefore, stay hot, attractive and unpredictable.

The overall lesson ended with three important characteristics or personality traits that are (according to Santagati) essential to heterosexual relationships and pursuing a partner. First, “women want an alpha male”. Secondly, “take care of your body”, and lastly, “be great in bed”.

This episode was a complete put-down-party on women and the focus on heterosexual couples only, together with an adamant belief in extremely superficial and stereotypical behaviour, was completely overwhelming. The episode reinforced the traditional notion that women are a certain way, while men are the complete opposite. Not only is it tiring that the main argument includes ways in which women need to change in order to satisfy and keep a partner, but the notion that women are only valued through their looks is equally frustrating. The disablist language used by Santagati is upsetting as it assumes an “us against them” view in which “crazy” women are not deserving of loving and faithful partners, and that “weird crazy” drives people away. At the same time, male infidelity becomes the woman’s fault.

Women are often bombarded with the message that they are not “good enough” if they are not in a relationship, and even when they are, the overall message is that women need to maintain a certain level of attractiveness to be good partners. Santagati states that women, not men, are at fault for male infidelity and that any characteristic other than female attractiveness is not important. Women are assumed to be so desperate for long-term relationships that they should be willing to change all aspects of their lives in order to find a partner. If a woman stays single, however, there is something inherently wrong with her. At the same time there is the notion that women in long-term relationships have given up on their looks, have become boring, comfortable and sexually unavailable to their partner.

Whether single or in a relationship, the idea is that women should always adapt to the needs and wants of the men around them. If they do not, they will either remain single for all eternity or their partner will cheat on them.