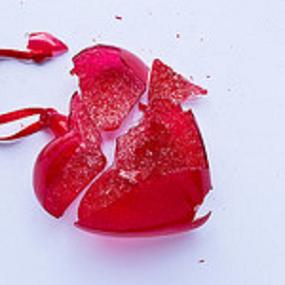 New feature: It’s only rock’n’roll but I don’t like it

Helienne Lindvall wrote a piece for The Guardian in February of this year in which she argued that the record industry has a duty of care to its performers, and that Chris Brown should not be rewarded for his violence towards ex-partner Rihanna. The piece was written in the light of announcements that Brown was due to perform a duet with Rihanna, who he physically assualted in 2009.

Amanda McIndoe agrees with Lindvall’s assessment, but instead of focusing on the music industry’s role in this distasteful duet, she is focusing her plea on music fans as she asks:

Is it ‘only rock’n’roll’ when a well known male music star beats his wife or girlfriend? And why do men and women alike afford these stars second, third and fourth chances?

I was a young teenager, watching TV in my grandparents’ living room and something happened that made it crystal clear that sexism was still very much alive. We were watching a programme about various blues and jazz musicians, including Ike Turner. I didn’t know much about Turner but what I did know, I didn’t like. I was still naïve enough to think everyone else felt the same way I did, so imagine my indignation at hearing so many commentators, many of them women, waxing lyrical about Ike Turner.

“He was such a talent!” “He was just so misunderstood!” Then one man finally called attention to the elephant in the room; “He was a woman-beating pig!” he spat. Harsh: pigs are very intelligent, sensitive and gentle animals. Joking aside, this man raised a very important point, one that deserves closer scrutiny. No doubt Ike Turner had talent and was good at what he did, but neither is there any doubt he was violent towards his wife Tina. That people seem so willing to overlook this has always made me seethe. I couldn’t understand it then and I still can’t get it now: why are we so willing to forgive famous artists anything? Even when that anything means violence towards the women in their lives?

Should it be surprising that artists are forgiven so readily, given the prevailing attitudes towards domestic violence in society as a whole? Unfortunately many long standing myths about domestic violence are still in circulation, in particular victim-blaming. It only makes sense that such attitudes will leak into popular culture. Worryingly many teenagers, the main consumers of popular music, seem to be absorbing many of the existing attitudes regarding domestic abuse, as a study by Bristol University and NSPCC has found.