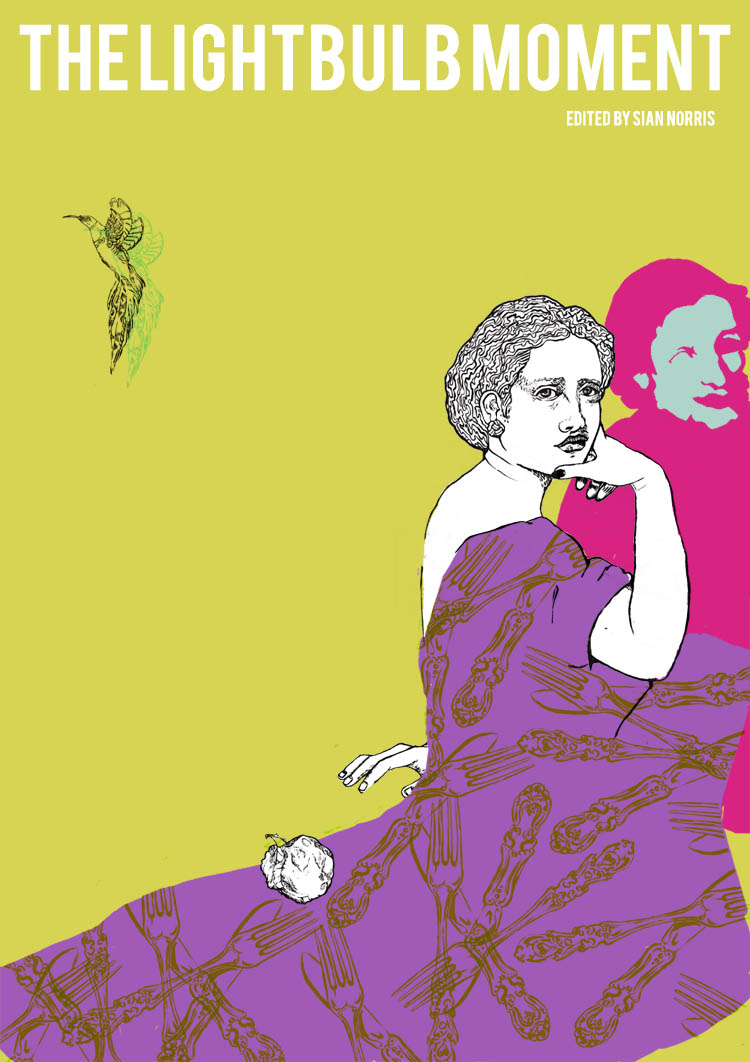 A light bulb moment is that instant where an idea or realisation strikes you and what may have seemed like a problem will suddenly start to make sense. Often depicted in cartoons as a literal light bulb clicking to life above a character’s head, it signifies an enlightening thought process that often leads to answers.

Sian Norris has taken this idea and put together individual’s own light bulb moments around the idea of feminism and what led them to call themselves a feminist. Inspired by her own reading and review of the US published Click, by editors Courtney E. Martin and J. Courtney Sullivan, Norris decided a similar book was needed for UK feminists.

Contributions were selected and so The Light Bulb Moment was created, bringing together the stories of women and men from a range of different communities and generations. Their stories provide snapshots into the experiences and beliefs of other people, exploring the myriad of reasons why they consider themselves to be a feminist.

The stories range from humorous (for example, a young girl crying over the injustice of receiving two pink handkerchiefs instead of a pencil case), to the more traumatic where sexual abuse or assault are the main themes

The collection really is a treat. It’s compact, easy to read and offers up a variety of stories that a wide readership can relate or aspire too. I found it was easy to dip in and out of, with some stories being simple, bite-sized pieces encapsulating the titular moment, whereas others are a more detailed dive into the speaker’s personal journey. None are longer than a few pages and all are neatly arranged by theme.

Not everyone can define the moment they realised there was a description or word to help make sense of their feelings. I myself could not say when I started using the feminist title to help put forward my arguments, but it is enlightening to read how others first came to realise that they identify as feminists. The stories range from humorous (for example, a young girl crying over the injustice of receiving two pink handkerchiefs instead of a pencil case), to the more traumatic where sexual abuse or assault are the main themes.

Overall it is appealing to have a book that is able to reveal these points of view and give insight into how others are coming to the same or similar conclusions about gender and equality, especially when it can sometimes be easy to think that you’re the only one who feels that way.

I did find that while reading this collection the moment in question wasn’t when the writer finally put a label to their opinions or when they called themselves a feminist for the first time; for me, the most potent moment of epiphany was realising that they were not alone. As highlighted by many of the stories, often it’s that feeling of being alone in these thoughts that brings about feelings of dissatisfaction and doubt in oneself. It’s not until we discover that, yes, there are others like us (and there are lots!), do we start to feel stronger and more secure. It’s the realisation of hope in the form of like-minded people. For one contributor it was the little girl on the bus who also reads The Female Eunuch. For another it’s stumbling upon an online blog or a group in university. It is the discovery of a community, of unity, that strikes me as the true light bulb moment.

One of the weaknesses of the collection is something Norris herself makes a point of mentioning: due to the nature of the publication and where the call for submissions was placed, the focus doesn’t widen beyond women with internet access who are already “social media savvy”.

It’s not an in-depth, detailed book that you could really sink yourself into and some readers might be put off by the basic idea and the narrative style which jumps from author to author. This is aimed at an audience looking for a quick read. It’s not an in depth study of self discovery or a full catalogue of the events and experiences which make someone a feminist – but rather it is a collection of snapshots which all show glimpses into other feminist’s lives.

Yes, some of the submissions are short and could leave some readers wanting for more, but I think this is what makes The Light Bulb Moment shine for me. Not all these women are authors: they’re just women who wanted to share, in their own words, how they came to be the women, and the feminists, that they are today.

Abigail is working 9-5 but dreams of being a published horror writer, the only problem being that she spends more time in the clouds than with pen to paper