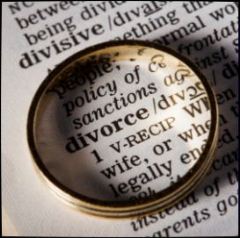 An article in the Daily Mail tells of a London man who wants courts to reform divorce laws so as to reinstate a “cooling off period”, meaning spouses would not be able to end their marriage until one year after the divorce was initiated. The thinking behind this reinstatement is that it would prevent rushed decisions. The reason for wanting this law reinstated is that his wife of 34 years wants a divorce.

According to the man, current divorce laws are not doing enough to prevent marriage breakdowns. He stated that: “If that clause had not been removed… a lot of angry women would reconsider the future of their family and children before going on to consult solicitors” and that: “Whilst my wife was angry and unhappy she issued divorce papers straight away… Once the process of divorce starts it is very difficult to stop. It is a shame that the system will destroy a marriage for a silly reason”.

Interestingly enough, the man does not seem to even consider that his wife probably gave her decision plenty of thought. After all, she had 34 years to make up her mind. By diverting the attention onto his wife, the legal system and “a lot of angry women”, the man takes no responsibility for his involvement in the marriage and perhaps what he could have done to try to make it work.

However, it is not only his wife’s “hasty” decision that is upsetting him. It is also (according to him) her mental state. Because she is seeking a divorce, he feels that she must be confused and “mentally unstable” since he sees no other reason for it. The man stated that: “My wife has suffered a breakdown… she must be ill otherwise she wouldn’t have said these things… she’s confused”. He also wants his wife to undergo a psychological evaluation and stated that: “I consider that my wife lacks proper mental capacity to give instructions to her solicitors”.

The underlying disablism behind his assumption is deeply problematic. The man is attempting to limit his wife’s choices by stating that she is mentally ill, confused and suffering a breakdown, suggesting that these go hand in hand. By assuming that mental illness constitutes an inability to make decisions, the man is labeling individuals with mental illnesses incapable. In short, he is using a flawed notion of mental illness in order to force his wife to stay with him.

We are against any sort of law that makes individual choices concerning the attainment of divorce more difficult. The suggested forced evaluation in this case is scary because it is so reminiscent of past procedures that allowed men to have their wives admitted to wards and asylums by claiming mental illness whenever the woman did or said something that the man disapproved of.

Due to the persistent view of women as irrational and confused, countless women ended up being seen as mentally ill and spending many years, or even most of their lives, in wards and asylums, often because they did not follow societal expectations of what women should be like or how they should behave. These assumptions and beliefs, however, do not date as far back in time as one might think. In Ireland, for example, such wards and asylums were referred to as Magdalene laundries, and the last one closed in 1996!

The idea that a woman should undergo psychological evaluation because she is requesting a divorce makes us shudder. The underlying assumptions behind such a belief are that women are not fit to make their own decisions. Women who do not wish to be married are considered silly, angry, unreasonable, incapable and in need of forced evaluations and control. These assumptions draw neatly on past beliefs that women are irrational and hysterical and are, without male control and guidance, morally lost.

The photo at the top of the post shows a simple gold wedding ring placed over the “divorce” entry in a dictionary.