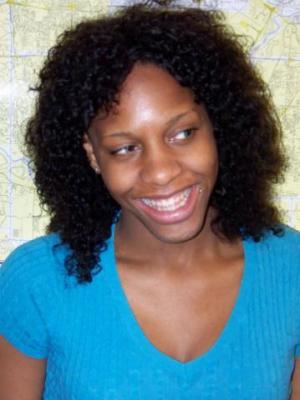 Why we should be fighting for Cece McDonald

This is a guest post by Max Brophy. Max is a queer revolutionary socialist living in Sheffield, who blogs here.

Many of us now know about African-American trans woman, Cece McDonald, who was sentenced to 41 months in a men’s prison for surviving an attack by racist transphobes in Minneapolis, MN, USA. As activists in the US, and more recently in the UK, have been organising, we have seen how Cece’s case is just one of many attacks on trans women of colour. Her case highlights the transphobia and racism in wider society, and more pertinently, economic and state sanctioned oppression of trans women of colour.

Though the state and the police department claim they do not discriminate against trans women of colour, their treatment of Cece McDonald at every stage of the process has suggested otherwise.

The police have ignored all of the facts that point to Cece’s attack as a hate crime. She was the only one arrested at the scene, reinforcing the oppressive notion that violence against trans women of colour is insignificant. Despite all the evidence in her favour, and evidence pointing to the fact that her attackers were fascists, Cece now faces 41 months in a men’s prison, again re-enforcing another oppressive notion – that if you defend yourself against hate crime, despite having no choice in when/how it happens, you will face the full force of the law.

Marc Lamont Hill’s article in Ebony Magazine quotes studies showing that despite only comprising 8% of the LGBTQ community in the US, nearly half of all LGBTQ hate crime murders are of trans women. Trans women of colour are also nearly twice as likely to be subjected to violence as their white counterparts. Half of the trans women of colour interviewed by the National Trans Discrimination Survey faced harassment at school, and 15% have been physically assaulted in their workplaces.

Despite living with the continual threat of attack from wider society, trans women are regularly harassed by the police. Accounts of trans women who have been arrested for soliciting sex when they were just walking down the street, arrested for using “false identification” and using the “wrong” bathroom, are very common. As the Sylvia Riveria Law Project shows [PDF], the criminalisation of trans people (on low income) means that arrest and incarceration are everyday risks in transgender lives.

The US police force and the judicial/prison system continues to attack incarcerated trans people and people of colour – refusing to acknowledge the gender of trans prisoners and housing them in the wrong prison, which completely ignores the violence committed against trans people in prisons. Trans people are 13 times more likely to be abused by prisoners and prison officials, and 59% of trans inmates are sexually assaulted whilst serving time in prison. The transphobia and racism behind Cece’s attack are now being continued by the US state and the prison system.

LGBTQ activists and their allies have joined the campaign for freedom and justice for Cece McDonald, who joins a long list of high profile cases of injustice against trans women. As Mara Keisling points out at Advocate.com: “this Spring, there’s been so much hate violence against us: Coko Williams in Detroit, Brandy Martell in Oakland, Deoni Jones in Washington, D.C., and Paige Clay in Chicago–all transgender women of color killed because of who they were.”

This month holds particular significance for sexual/gender liberation and anti-racist activists, as trans activist and writer Leslie Feinberg pointed out when ze* was arrested at a solidarity demonstration for Cece [*ETA 25/06: an incorrect pronoun was unintentionally used in the original version of this post, for which we apologise]:

June is also the month of the Stonewall Riots, where LGBTQ people in New York, led by trans women of colour, fought back against police violence. Stonewall is often claimed as a victory for gay men and lesbians, often forgetting that it was trans women of colour that lead the resistance. Marsha P. Johnson was one of those leaders, who went on to set up the Street Transvestite Action Revolutionaries (STAR) with Sylvia Riviera – a ‘house’ that was set up to provide poor trans women with food, health care and shelter. Johnson was found dead in the Hudson river in 1995, and despite a huge amount of evidence suggesting it was not a suicide, a police investigation was never launched. Susan Stryker’s documentary film Screaming Queens: The Riot at Comptons Cafeteria attempts to bring together interviews and footage of trans women, in order to show how trans people were at the forefront of the struggle.

Our history shows that transphobic, homophobic, sexist and racist violence needs to stop. Cece’s website calls upon all of us to support her campaign and protest in solidarity with her struggle against her transphobic and racist incarceration. In the UK activists in London have protested outside the US embassy, and solidarity groups are coming together to organise actions and benefits for Cece in London, Birmingham and Leeds.

Cece’s case should serve as a rallying cry for the LGBTQ community. Whilst we allow these injustices to continue, we allow our trans sisters to be targeted. Whether it is a section on your local pride march dedicated to Cece, a meeting on her case, or a benefit for her campaign – join the fightback!