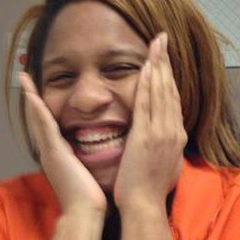 Woman sentenced to 41 months imprisonment in a men’s jail

In the early hours of 5 June 2011, CeCe McDonald, a 23 year old African American transgender woman, walked past a bar in Minneapolis with four other black friends. Two white cis (non-trans) women and a white cis (non-trans) man standing in the patio area of the bar began shouting racist and transphobic slurs at them.

CeCe approached the group, saying that she would not tolerate hate speech, at which point Molly Flaherty, one of the two women, hit CeCe in the face with a glass. The fight escalated, with more cis (non-trans) people joining in to attack CeCe and her friends, and ended in the fatal stabbing of 47 year old Dean Schmitz, one of the men in the group who’d begun the harassment.

CeCe McDonald was arrested that same night, having been taken to hospital where she was given eleven stitches to the wound in her face before allegedly being interrogated without legal representation and then placed in solitary confinement following her arrest. She was conditionally bailed in October 2011. As a representative of the Trans Youth Support Network said in June 2011:

The attack on CeCe included racist, transphobic, and anti-feminine verbal assaults. These verbal assaults are extensions of the violent machine works of our society that are built upon capitalist exploitation of people of color, poor people, and feminine presenting people. Because she is poor, accessing a competent lawyer was difficult. Without the support of her friends and community, she would have been left with a Public Defender who may not have understood or supported her experiences as a trans woman, as is frequently the case for incarcerated gender non-conforming people.

On 27 April 2012, CeCe McDonald appeared in court for her pre-trial hearing and on 2 May 2012 she accepted a plea agreement to a reduced charge of manslaughter in the second degree which carries the penalties of “imprisonment for not more than ten years or to payment of a fine of not more than $20,000, or both”. [Via Minnesota Statutes]. The original charge was of the felony murder in the second degree, which carries the penalty of up to forty years in prison. [Via Minnesota Statutes].

Molly Shannon Flaherty was arrested on 11 May 2012 and faces charges of second degree assault with a deadly weapon and third degree assault causing substantial bodily harm for her alleged glassing of CeCe McDonald during the fight. These charges both carry a penalty of between five and seven years in prison.

However, despite the apparently substantial amount of evidence that CeCe McDonald acted in self-defence against a hate attack, yesterday (4 June 2012) she was sentenced to 41 months in prison by Judge Daniel Moreno. Of the 366 days during which she has been either in jail or under in-home monitoring, only 275 will be credited, meaning that – with time off for good behaviour – she may spend less than two more years in prison. Additionally, she was ordered to pay $6410.00 in restitution. A statement by the Trans Youth Support Network added:

The Department of Corrections has not determined where McDonald will spend the remainder of her sentence, but it is likely that she will go to one of Minnesota’s men’s prisons. In recently released federal standards on the elimination of sexual abuse in prisons, the Department of Justice notes that transgender people should be evaluated on a case-by-case basis to place them where they will be in the least danger (not solely based on genitals). Moreover, the DOJ guidelines seek to minimize the use of solitary confinement for the alleged protection of transgender prisoners. These standards apply to state prisons that receive federal funding. They may impact McDonald, who has been held in a men’s facility for the past year, and twice been sent to solitary confinement against her will.

Today was a shining example of how hate and fear result in racism and transphobia, and how those play out in the courts of our land. I hope people keep supporting CeCe in every way they can

The image was obtained from the Support CeCe McDonald website.