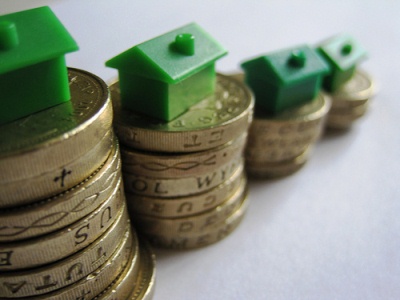 A Room of One’s Own

This is a guest post by Millie Kidson. Millie is a 22-year-old student studying Politics and the Mass Media, based in limbo between Liverpool and Gloucestershire. She likes to shout about feminism at any given opportunity, but also has a weakness for old Penguin books, cameras and a good brew. She blogs here and tweets here.

“A woman must have money and a room of her own if she is to write fiction.”

Virginia Woolf might have claimed this in 1928, in the heady post-war days of bright young things and old money, but it is really no less true today. Quite aside from writing fiction, there is plenty that one cannot do without money and a room of one’s own – eat, drink, read, sleep, go out, go in. You get the picture. It is particularly the predicament of young people, young women especially, that they are often forced to forego the money element in order to secure a room of their own, in order that they might travel to a job, see their friends, have any semblance of a life.

And so it was with no small consternation that I received last month’s news that Cameron wants to cut housing benefit for under-25s. “Can’t afford a home of your own? Tough. Live with your parents” is a far cry from the “compassionate” Cameron of yesteryear. Apparently saving £2bn a year is worth cutting a generation out of the housing market, possibly for good (for context, Trident currently costs around the same amount).

As with many of the other cuts, the effect on women will be grossly disproportionate. The Fawcett Society estimate that 74% of the cuts to benefits, pensions and incomes have fallen upon women. With around 46% [PDF] of housing benefits claimed by single women and an estimated 70,000 women [PDF] left unable to access domestic violence services, it is impossible to deny that this latest housing benefit slash will be just another layer on the hideous cake that is a woman’s experience under the coalition’s austerity drive.

90% of housing benefit claimants are in employment, despite the media and government insistence that it’s all lazy scroungers who can’t be bothered to help themselves onto the housing ladder. On the contrary, the housing ladder is so damned slippery that it is a miracle any young person manages to cling on, even with the meagre help of housing benefit. Getting a mortgage on the average salary is unthinkable for many, rents in cities such as London are astronomical, and yet politicians seem unwilling to tackle this root cause of the housing crisis.

Cameron claims “There are many who will have a parental home and somewhere to stay – they just want more independence”. This generation must be prepared to move anywhere, at the drop of a hat, to find work, and yet he thinks it would be sensible to keep us all in our family homes regardless of whether there are jobs available in the area? Furthermore, 200,000 of those affected have children, according to Shelter, and with cuts to children’s services and benefits hitting hard here there is little hope for them to continue happily supporting a family. The government seem to have forgotten that not everyone has parents with open arms and a sizeable home to house them while they wait for politicians to remember that under-25s are people too.

92% of single parents are women. Take this, combine it with being under-25, potentially already out of work, and then cut the housing benefit. Where are these women to go? Cameron epitomises this government’s attitude to women in the question “Why does the single mother get the council house straight away when the hard-working couple have been waiting for years?”.

The cuts are sweeping, brutal and coming down hardest upon women, and housing benefit is just the latest to join the queue. Woolf might have been idealising the best state in which to write fiction, but she also says something true for both basic survival and mental health. It has been shown that economic hardship is a trigger to depression, anxiety and other problems. Facing the threat of homelessness, alone or whilst caring for a family, is certainly not the route to wellbeing. When this threat also encompasses domestic violence, it is horrifyingly apparent that this latest move is yet another that seeks to trap women in dangerous situations, or force them out of them onto the streets.

It is vital that young people, and women in particular, are protected from this latest move. Housing benefit provides a vital lifeline and numerous opportunities to women who may otherwise be living where there are no jobs, unable to support their children or forced to stay in an abusive relationship. It may not be fiction that is produced in these rooms of our own, but an independent life is, and the value of this cannot be underestimated.

Photo of green Monopoly houses on top of decreasingly large piles of pound coins by Images_of_Money, shared under a Creative Commons licence.