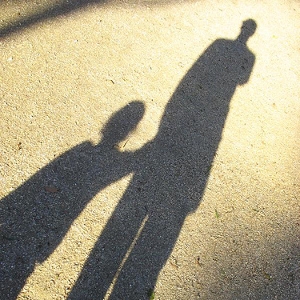 Chrissy D talks about the unsurprising discovery that Attachment Parenting is actually perfectly compatible with feminism.

There was that Time Magazine cover. The one with the “extreme breastfeeding” mom and her toddler, provocatively positioned, defiant and ready for the backlash. The headline Are you Mom enough? invited – incited, even – the visual of mums fighting with diapers, Cath Kidston romper suits and John Lewis nursery furniture, all scattered like fallout on the newly-carpeted floor nursery. Then more supportive pieces started to spring up. Woah. Feminists actually want to spend time with their children? Is that even allowed in feminism? Now some research has found out something many actively feminist mothers aren’t at all taken aback by: feminist mothers like to spend a lot of time, day and night, asleep and awake, with their children.

Why this is a puzzle for some is simple. Over time, feminism and motherhood has had the misfortune of being narrowed down to a checklist of presumptive dos. If you must have kids:

In a breath of fresh air we didn’t realise we needed, the study found that feminist mothers are more likely to practice Attachment Parenting, which itself has been reduced to a check list of illegal-sounding compound nouns: breastfeeding, babywearing and bedsharing. Attachment parents (some of whom don’t even realise they are part of a movement with a title) are not surprised by this correlation between feminism and what are seen as “natural” parenting practices. Some come to it by accident and go on to see it as their right to raise their children in the way they think is best (not dissimilar to the way other mammals raise their young) and a decision not detached from feminist politics.

The problem is that society, patriarchal as its gaze invariably is, does not afford motherhood the credit – sometimes literally- that it deserves. Motherhood and children are still seen as additions (e.g. “Actor and mother…” and “She’s also a mother” etc). Women are amazing, mothers are amazing… but when we treat parenting as a post-it stuck onto the end of a resume of REAL work or achievements, we are neglecting something fundamental. Something fundamentally feminist.

The choice to be a full-time mother can be a luxury, as can the decision to return to a beloved occupation. Who cares that I went back to work after a year of leave? What I take issue with is the idea that feminism is somehow to blame for the guilt inflicted on mothers for their choices.

What we forget, among all the outdated accusations of attachment being a return to “traditional gender roles”, is that these very roles were socially – not biologically – constructed to begin with. In choosing to be a mother on a full-time basis, a mother isn’t returning to something archaic or oppressive. She’s actively reclaiming a role that she is equipped to do.

The problem -the draconian idea that we haven’t moved away from- is the fallacy that motherhood is a job that, by its nature, should go unpaid and that work outside the home should be much more greatly rewarded.

Until I was a mother, I really had no appreciation that the triple shift even existed. Even the double shift seemed pretty easily workable. But as women, society now not only holds us responsible (oh yes, it does) and accountable in the raising of the next generation, but also expects us to prop up the economy with the best eight hours of our day. One job paid, the other out of love.

I’m not arguing against working motherhood; I am a working mother. But what strikes me as odd and dire is the raised-eyebrow response to the compatibility between feminism and wanting to be pivotal in growing one’s own kids (what it really boils down to).

Despite some claims, this is not feminism’s fault. Feminism is not to blame for women feeling guilty about going to work or inadequate and unemployed for “staying at home” (a phrase entirely misrepresentative of the truth, since maternity leave was the only time I ever had a tan on my feet). It is, like so many of the misunderstandings of feminism, the fault of a patriarchal culture that refuses to re-examine its own value system and allocation of capital. It’s the product of a society that will pay banks billions to keep a mythical economy afloat, yet will afford only a cursory maintenance payment to those producing and bringing up the generation who’ll be paying for its nursing care when it can no longer fork out for itself.

Picture by bricolage.108, shared under a creative commons licence.