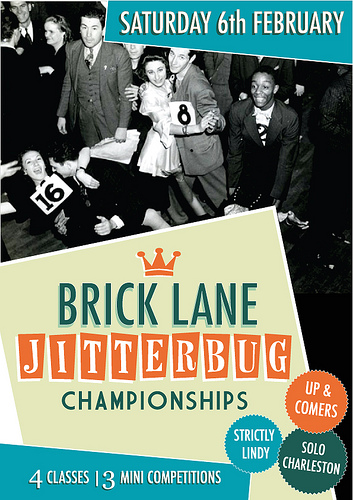 Ella Mae Morse grew up around music, her mother was a singer, her father a drummer in a dance band. Ella made her first foray into music aged 14, when she was hired by the bandleader Jimmy Dorsey, only to be fired shortly after when the Dallas school board wrote to him to inform him of her age and that he would be responsible for her schooling from now on.

All was not lost however, as it was through Dorsey that she met Freddie Slack. It was with Freddie’s band a few years later that Ella would make her first record, ‘Cow-Cow Boogie’ in 1942.

1946’s ‘House of Blue Lights’ is notable for its use of jazz slang, it’s honky tonk piano, and all round rousing beat. It was a massive hit as a dance record in the forties, and comes close to predicting rock’n’roll at times.

What’s also interesting is the way Morse takes the lead in the songs narrative, she bests Slack in the opening song banter, and it she who recomends the ‘house of blue lights’ of the title. A house that houses “bruisers and brawlers” serves barbeque ribs, but above all also serves “fine 8 beats”. Now there’s a woman who knows what she likes: Having a time and cutting some rug indeed.

Pictures shows a flyer for the Jitterbug Championships, a dance competition held in Brick Lane. Picture by Laura.H.Knight, used via a flickr creative commons licence

Video commentary: The video is made up of a series of stills of Ella Mae Morse and other performers and musicians of the time. It is in black and white.