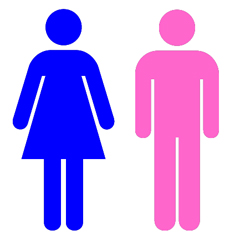 Girls and boys think beyond their toys

This is a guest post by Dr Laura Nelson who, last December, successfully campaigned for Hamleys toyshop to remove its gender-specific signs. This year she teamed up with a teacher to set up a novel gender stereotype-busting programme, and reports on the progress so far.

It’s one of those moments a teacher cherishes. The ten year-olds, both girls and boys, have looks of wonder on their faces and are edging towards the projector screen trying to get a closer look.

A few minutes previously, the teacher showed them a picture of a young child in a frilly dress and asked them what they thought. She’s just told them that it is a boy: a two year-old Franklin Delano Roosevelt in 1884, an era when boys wore the same clothes as girls.

“It shouldn’t matter what you wear. What damage would it do?” says Rumel. “I thought for a while [it was weird] but now I think it’s OK.”

Breakthrough: The Gender Stereotypes Project – a new venture to raise awareness of gender stereotypes among school children – has been full of transformations like these. Starting on Monday 18 June, Breakthrough’s pilot programme involved year 5 (10 year-olds) at Soho Parish School in the first week, and year 6 for the second week.

Laura Kirsop, year 5 teacher at the school and partner with me in the programme, led the lessons, which span science, history, literacy, geography, maths and history. All are tied in with National Curriculum learning objectives and have a central theme of gender stereotypes.

The results have been remarkable. “I have learned that people should treat boys and girls equally,” said Matilda. “I changed my mind about treating people equally and not telling people what they should do and not do.”

We set up Breakthrough following concerns from pupils and parents that stereotyping may be stopping children from fulfilling their true potential. It benefits both boys and girls, and encourages debate and critical thinking.

My underlying interest is the science of gender and cognition – the way that we think and behave – and the influence of nurture, as there is scarce evidence that nature plays a significant role.

At the end of December 2011, I successfully campaigned to remove the gender-specific labels from Hamleys toyshop, arguing that the separation restricted parents’ and children’s choices, interests and aspirations. The story received explosive and substantial media coverage all over the world. I wrote about it for The F-Word here and here.

Four-fifths of UK politicians are male, only one eighth of British FTSE 100 directorships are held by women, [via The Guardian] and most caring roles are taken on by women. Men are more likely to start a business and UK women get paid, on average, 15.5% less than UK men [via Fawcett]. Men are less likely to spend time with their children and feel more pressure to be breadwinners.

So what contributes to this? Marketing exploits gender stereotypes, targeting different products and lifestyles to boys versus girls, men versus women, tapping into social norms, reinforcing differences and promoting the development of different skills, interests and goals. In society generally, women and girls and encouraged to be and rewarded for being pretty, polite and passive, while boys and men must be macho, protective and strong.

Breakthrough challenges all this. It helps children to see that they, as individuals, can do anything.

Children are learning that every person is unique, everyone has something different to offer and different doesn’t mean better or worse.

It’s a liberation for everyone. Through Breakthrough, children are discovering that people deserve the freedom to be themselves.

We plan to roll out this programme to further schools, children and young people. If you’re interested, please subscribe to website updates, which will inform you of the development of the project and the resources and services that will be available here. See video footage and other reports on the programme here.

Dr Laura Nelson is a writer, speaker and social entrepreneur. She is the Director of Breakthrough, has a doctorate in neuroscience and runs a blog on political and equality issues at http://delilah-mj.blogspot.co.uk/.

The image Blue girl pink boy was made by Helen and is based on the copyright-free image Aiga_toilets downloaded from Wikimedia Commons. If you re-use this image elsewhere, please include a link back to the URI of this post: /blog/2012/07/girls_and_boys