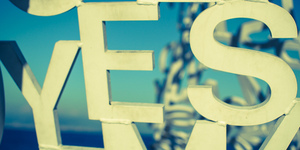 This afternoon while skimming the titles of the articles in my feed reader, my eyes settled on a blog titled “Help – she won’t give me oral”, a post written by a famous ‘sexpert’ by the name of Tracey Cox on the blog of LoveHoney, an online adult shop.

In the post, a reader complains that his wife has refused to perform oral sex on him for the past decade, since he “accidentally came in her mouth”. Ooh, I thought. Cox will certainly explain to him that his wife is perfectly within her rights to decline to participate in a sexual act with which she is uncomfortable for whatever reason, and that he should respect her boundaries, perhaps with a little something about the need for enthusiastic consent. I mean, that’s the obvious response to such a complaint, right?

Apparently not. Cox takes a different approach, one which made me feel very uncomfortable about the advice it is apparently acceptable to give men with regards to their entitlements and expectations during sex. Cox reacts with disbelief: “Wow! This happened TEN YEARS AGO and she’s still using that as the reason why she doesn’t want to give you oral sex?”, implying with that first sarcastic “Wow!” that his wife’s discomfort is laughable and silly by ridiculing her.

She outright states that he is “within [his] rights to suggest, nicely, that perhaps it’s time she, well, got over it.” There are so many problems with this statement that I barely know where to start. Nobody is within their rights to demand a sex act from another person, once they have been told that the person is not comfortable with that sex act. And to suggest that the wife should “[get] over it” is outright stating that it is the wife with the problem (because of course, there’s no way that it’s acceptable for her to just not like fellatio), not the husband (because it’s perfectly acceptable for men to demand sex acts from women regardless of the woman’s comfort levels).

Cox goes on to give some ‘tips’ on how the man can encourage his wife to perform fellatio on him, giving ideas on how he can make it easier for her and prevent the unexpected ejaculation from happening again. Here was where my blood really started to boil, because Cox is addressing entirely the wrong problem. Instead of addressing the man’s entitlement issues and the concept of enthusiastic consent, she becomes a co-conspirator in his attempts to coerce an unwilling partner to participate in unwanted sexual acts. Within these ‘tips’, she further belittles the wife’s feelings by trivialising the triggering act (“If – shock horror – it happens again”). And then, the icing on the whole rape-triggery cake, she says “Course, she could try swallowing it and stop behaving like semen is sulphuric acid” – again reinforcing the idea that this woman is wrong and abnormal for not wanting to engage in a particular sexual act.

I am thoroughly disappointed that Tracey Cox, and LoveHoney by proxy, would encourage and promote the bullying and pressurisation of women into participation in sexual acts that they have verbalised their discomfort with. As a so-called expert in the field, Ms Cox should be more than familiar with the concept of “enthusiastic consent”. Enthusiastic consent is pretty much exactly what it sounds like – that a “yes” is not really enough, because a “yes” can be coerced or unwilling. Instead, what should be required is true enthusiasm, and for that good communication between all parties involved is paramount.

Instead LoveHoney and Tracey Cox are perpetuating the misogynistic trope that it is acceptable for men to wheedle and persuade women into sex, and this sets a worrying tone indeed for it is this attitude that means that rape is so prevalent in society. I fear that other men with entitlement issues will read Cox’s post and take her advice – that it is perfectly all right to try to force an unwilling participant into sex – as some sort of truth. Because that is the last thing these women, and all people, really need.

[The image is a photograph of the sculpture “Le Nomade” by Jaume Plensa which reads ‘YES’ in yellow letters against a blue sky. It was taken by Nicholas “LordGordon” Fiorentini and is used under a Creative Commons Licence]