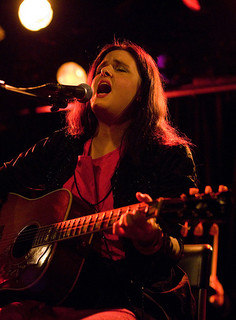 A seemingly unlikely collaboration between former Lone Justice singer McKee and producer Youth, this near miss (it received a lot of airplay in the UK but stalled just outside the top 40 in 1992) could be seen as kin to Youth’s considerably better known remix of Zoe’s ‘Sunshine on a rainy day’, which had been released the previous year. In fact the NME, who gave it single of the week at the time, did describe it as being ‘Sunshine on a rainy day’ meets ‘Whiter shade of pale’.

While McKee has always been adventurous and varied with her music, ‘Sweetest Child’ did mark a departure from the country, folk, and gospel tones of her self titled debut solo album, which had been released in 1989, and from what is still her biggest UK hit, the MOR ballad ‘Show me heaven’ from 1990.

It also preceded the more Lone Justice ish You gotta sin to get saved by a year and, while definitely a dance track, does seem to have more in common with the spirit of that album and songs like ‘I’m gonna soothe you’ and ‘The way young lovers do’ in both cases, the spirit of Janis Joplin lives on.

1996 album Life is Sweet would mark the most significant change in McKee’s career, and would take her down a more rock and indie path than anything she had done before, or has done since, but this meeting with Youth can be listened to and appreciated for what it is: A great meeting of the minds as two travellers meet, then go their seperate ways on their own journeys.

Picture of Maria McKee singing and playing guitar live in Oslo in 2007 by ergates. Used via a flickr creative commons licence

Video commentary: This video is a still image of Maria McKee.