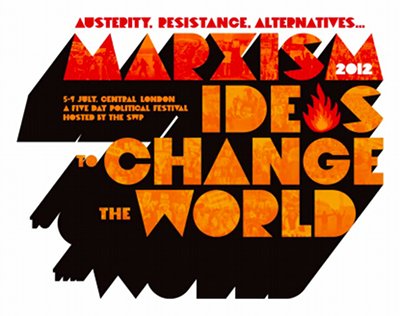 Marxism 2012: lack of female representation proves that there’s still everything to fight for

Alice Nutting is a student, blogger and political activist hoping to go to university in October

I was excited to see the line-up of speakers at Marxism 2012, the annual London conference hosted by the Socialist Workers Party.

Although I don’t class myself as a Marxist, an annual gathering of far lefties from across the world – be they Marxists or anarchists or anything else – packed full of interesting discussion and debate can only be positive for the anti-capitalist movement as a whole. And such a conference can also act as a great springboard for feminist discussion.

I was therefore sorely disappointed to discover that out of the 51 confirmed speakers only 11 are women. That’s around 20%.

It’s hardly surprising: women speakers are grossly underrepresented at all kinds of discussion forums on a national and global level. Professor Susannah Heschel has spoken of being the only woman invited to academic conferences in Israel; this year’s confoo.ca conference saw fewer than 5% of women speakers; at the CIH conference in Manchester and National Housing Federation conference in Birmingham, only a handful of speakers were female.

But I am especially disheartened that the organisers have allowed such a gender imbalance to occur at Marxism 2012, given the nature of this particular conference.

It isn’t difficult to see why certain facets of the left are still regarded as less accessible to women and other oppressed groups. I’m not going to deny that the 11 women speakers look interesting and inspirational, and I acknowledge the fact that there are women’s liberation talks and workshops over the course of the weekend. It’s unlikely that potential female speakers were turned down on the basis of gender. But patriarchy runs deeper than that.

Why are there so few women speakers at conferences?

There are several theories, all of which probably hold some truth in this instance and all of which inevitably involve some generalisation:

Why does it all matter anyway?

It’s not about women being better speakers on the basis of their gender. It’s about a diversity of opinion being reflected in a demographically mixed environment, which creates more scope for interesting debate and discussion. And it’s about having sufficient representation to challenge cultural assumptions and privilege, which are often manifested unknowingly.

What are the solutions?

It won’t be a miracle cure. But it’s a start. The impression I’m getting at the moment is that gender imbalance at conferences like Marxism 2012 isn’t being highlighted or tackled with any sort of meaningful enthusiasm or effort.

When there are four times more men than women on the line-up of speakers, it’s pretty obvious that there’s an issue with diversity and representation and no one should be afraid or ashamed to admit that. It’s not about accusing anyone of being sexist or blaming individuals; it’s about acknowledging the issue and taking steps to improve the situation and to create a better outcome for everyone.

Even socialism isn’t free from privilege and patriarchy, and women’s liberation workshops alone are not going to solve that.