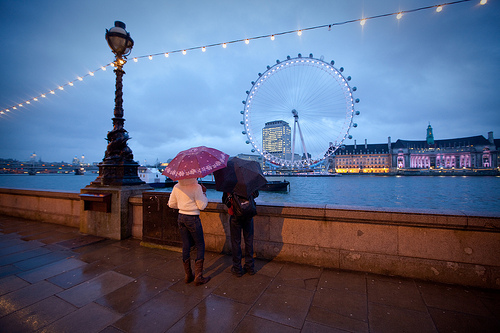 To kick off this weeks music paste up, here are the ubiquitous Gaggle, performing one of their ‘ninja gigs’ to a rather surprised public in London’s Selfridges.

The band’s debut album is out now on Transgressive Records, and you can read Hayley Foster da Silva’s take on it here.

Below are Wye Oak with their song ‘Spiral’, which reminds me of a more psychadelic version of Fleetwood Mac circa their Rumours period, or else a US college band who have been raised on Fleetwood Mac, My Bloody Valentine and Television’s Marquee Moon. Hypnotic but glacial.

If you liked that you can downlaod it for free from the Adult Swim website.

By strong contrast to Wye Oak and Gaggle is Seaming To, who you can watch performing a live version of her song ‘Where is my thermometer?’ here.

I was transfixed by this clip, and the way that she marries jazz, opera and goth in such a discomforting but charming way. I can’t help but think that she may well have listened to as much Diamanda Galas in her youth as she has perhaps Billie Holiday. Like Zola Jesus’ Nika Danilova, Seaming To has been trained for opera. This clip is by way of being a taster for her single, which will be released in August.

Lastly, but by no means leastly, here is Manchester based singer/songwriter Tiki Black, and her rather beautiful piano based song ‘Open your eyes’.

You can find out more about Tiki here.

On July 15 Holly and I will be launching the increasingly epic Song of the day series, so it’s possible the music paste ups will take a holiday while that series is ongoing so as to avoid there being too much music on the blog. We’ll see.

‘Til next time then…

Photo of the London Eye on a rainy day by eschipul, used via a flickr creative commons licence