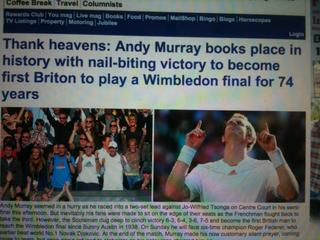 Prehistoric: an analysis of Femail

Just before the Wimbledon Men’s Final, the Mail on Sunday completely erased a British woman’s achievements from history – namely Virginia Wade – by saying that this was the first time in 74 years that a British person had reached a Wimbledon final. Further research has revealed that they also ignored winners (male and female) in the Doubles tournament.

This was the impetus for writing this piece and I wanted to attempt to analyse how the Daily Mail represents women. Because of this, I have focussed on the Femail section of the website.

The Femail section of the paper is specifically aimed at women and yet it seems to use every opportunity to put us down and dismiss us as unimportant and insignificant, not to mention incapable of making any rational decisions!

I think these are supposed to be stories aimed at women, but I’m a 36 year old married, working, mother of one pre-teen daughter, white, middle class woman – probably slap bang in the middle of Femail’s target demographic. And I’m sorry but they really do not float my boat. 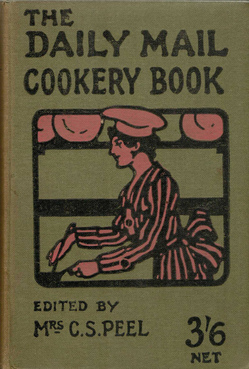 Today’s (Saturday 14th July) top story is an article about Marie Helvin still being sexy at 60 – good for her but not particularly interesting – I don’t care that she still wears bikinis and has 3 boyfriends. Then there is a typically sensationalist story about the life and death of Eva Rausing in which she is described as “fragile” and “friend of Prince Charles” – gossipy in tone and probably exaggerated.

Then we have the seemingly obligatory daily article about Fifty Shades, with the twist this time that an “enterprising hotel owner” is replacing Gideon’s bibles with copies of this trashy novel. Well, the less said about that the better – although it seems more than a little hypocritical for Femail to describe him as “enterprising” when further down the page they are horrified that teenage girls are reading the same book behind their parents backs. So what? I think I was 13 when I first “borrowed” a copy of My Secret Garden and that was far more enlightening and informative than Fifty Shades!!

Further down another headline catches my eye – “How does a man cope when his wife won’t stop breastfeeding”. What a shame for these poor, neglected husbands that their wives are putting their children’s needs first! Breastfeeding is best for babies and recommended by the WHO until at least 2 years of age. These men seem to have a problem with women breastfeeding past six months, as if this means they will still be doing it when the children are 16! There follows the usual nonsense about it being inappropriate and obscene to feed older babies and toddlers in public. One of the primary functions of breasts is to feed and nurture our young – not to be ogled and fondled or to be public property for men to pass comment on. The total hypocrisy of Femail is compounded by running a feature alongside this one asking if you can fake the perfect cleavage!

In terms of some of Femail’s women writers (Liz Jones and Samantha Brick for example) they are not representative of ordinary women and certainly neither of them speak for or to me. I am not going to start putting them down, although for the record I don’t like what either of them has to say. I do think that they are manipulated and used by the Daily Mail to push forward its sexist, misogynistic and outdated views about women and our place in the pre-historic world Daily Mail is trying to protect.

I think that is appalling and highlights how little the Daily Mail values the contribution of women in society. It seems to me that they would prefer if we all just meekly headed back to the kitchen and started to bring our children up properly, submitting to our husband’s wishes.

[The first image is courtesy of Peter Diapre. The second is by Maurice Michael]