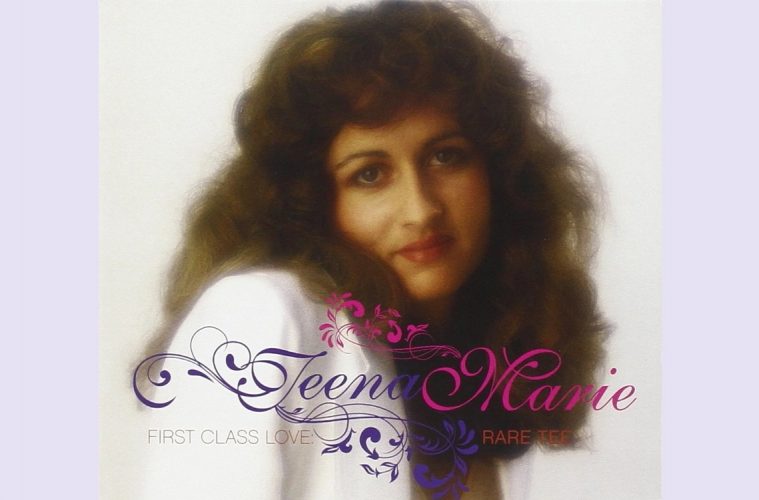 Song of the day: Teena Marie/Apollo – Happiness is in Your Soul/Happiness

Teena Marie or “Lady T“, as she was often known, was a singer whose work spanned a variety of genres, including R&B, disco, soul, funk, jazz and Quiet Storm. She has been named as an influence by a range of musicians, notably including Mary J Blige and making an appearance in the influential CDs pictured in the sleevenotes for Amy Winehouse’s jazzy debut Frank. She was writing songs from the age of 16 and her first was recorded by soul singer Tata Vega.

Teena had far less commercial success here in the UK than she did in the US and achieved just two top 40 hits here: ‘Behind the Groove’ and the glorious funk-with-a-positive message of ‘I Need Your Lovin‘ (“M.O.N.E.Y never did a thing for L.O.V.I.N.”). She completed a total of 13 studio albums over 30 years, with earlier recordings finally released on the First Class Love: Rare Tee compilation in 2011. She also wrote, produced, sang, and arranged most of her work after Irons in the Fire (1980) until her death in December 2010.

Teena’s original acoustic cut of ‘Happiness is in Your Soul‘ takes us back to her early days at Motown’s Sunset Studios in 1976. It was recorded by the disco act Apollo three years later but her own version was not released until its appearance on First Class Love last year. Teena initially joined Apollo, “owing to Motown not knowing what to do with her talent” though this was “something she wanted no part in”, according to singer/songwriter and former housemate Jill Jones. The sleeve notes for First Class Love tell a story that suggests Teena’s talents were not fully utilised at Motown for three years after being signed by them. (Ronnie McNair has spoken of his frustration, as a label mate, when it became apparent that she was viewed “in a Janis Joplin, rock singer mode” rather than as a soul singer.)

Teena went on to make some brilliant music at Motown between 1979 and 1981 but the relationship broke down in 1982 when they kept her under contract, despite not allowing her to release material. The resulting lawsuit, known as the “Brockert Initiative” (her real name was Christine Brockert) meant it became illegal for labels to do such a thing:

“It wasn’t something I set out to do… I just wanted to get away from Motown and have a good life. But it helped a lot of people, like Luther Vandross and the Mary Jane Girls and a lot of different artists, to be able to get out of their contracts” (LA Times)

Teena’s version of ‘Happiness is in Your Soul’ isn’t available on YouTube but if you have Spotify, you can listen to it there. Alternatively, you can listen at Teena Marie Official Radio on MySpace. The clip originally shown in this post (found at the link above) shows an extract of Apollo performing Happiness energetically amongst and around a large troupe who appear to be backing singers, owing to the fact they are side-swaying rather than dancing (though they aren’t singing in this section either). The possible backing troupe are all wearing white, while Apollo wear outfits that are very much in keeping with the time (1979), with the singer rocking a Hawaiian shirt and bright yellow flares and a guitarist wearing a bright orange top with matching flares.

The featured image shows the cover of First Class Love: Rare Tee 2011 compilation. This is a head and shoulders shot of a young big haired Teena Marie in a white jacket against a white background.

The second picture is of Teena Marie with red hair and tinted glasses, signing Autographs at J&R Musicfest 2006 by Live at J&R, shared under a creative commons licence.