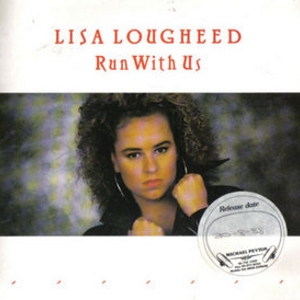 Song of the day: Lisa Lougheed – Run With Us

Canadian singer Lisa Lougheed’s first single, the new wave synth pop anthem ‘Run with us‘, may not have been a commercial chart hit in the UK but it’s a song that many retro kids’ TV show enthusiasts will know well, due to it being the best-known version of the theme tune to The Raccoons. Lougheed’s more euphoric interpretation of the song took over from Stephen Lunt’s in the second season of the cartoon and continued until the show’s fifth and final run in 1991 to become the definitive version. It’s also notoriously hard to get hold of on vinyl, with copies of Evergreen Nights, the album it’s taken from, proving even more elusive and fetching around £100 (sometimes more) on the rare occasions they do appear.

‘Run With us’ may not, on the face of it, seem like an obvious candidate for Song of the day on a feminist website but its rallying message of comradeship and freedom put it firmly into activist anthem territory as far as I’m concerned. And as arguably interrelated political causes go, a bunch of raccoons resisting the corporate plans of a greedy aardvark millionaire seems pretty apt to me. Go The Raccoons!