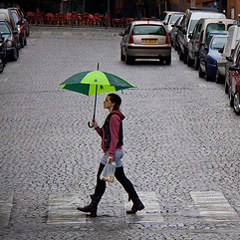 Sweden: Cis man cleared of rape charges because his woman victim had no vagina

[Trigger warning] A cis male rapist is charged with battery but not rape when it transpires his victim has no vagina.

Via The Guerilla Angel Report by Lexie Cannes comes a news report which is disturbing on several levels:

Örebro (Sweden) District Court Judge Dan Sjöstedt acquitted the rapist because the transwoman had no vagina, the planned rape would have been impossible to carry out.

The attacker brutally beat the victim and ripped off her pants in an attempt to rape her. A witness rushed to the scene and intervened. The police came and arrested the attacker.

While the Örebro District Court is convinced the man was trying to rape the woman, they ruled that it was in fact a woman the man wanted to rape, not a ‘physical man’ and although the fact that the victim had undergone hormone therapy to change gender was considered, the court ruled there was no completed rape.

There are at least two problems I can see with the actions and decisions described in the report.

First, rape is still, under many jurisdictions, defined as a form of sexual assault usually involving sexual intercourse, carried out by one or more persons against another person without that person’s consent. Although this definition is framed in terms which do not require either the rapist or the victim to be one or other of a binary gender construct, the fact remains that many jurisdictions interpret rape as being something which men do to women. To my mind, this is a hopelessly outdated idea which overlooks that rape is primarily about power, control and coercion. I do not believe that a penis is needed to be able to rape, any more than the rapist’s victim needs a vagina to be raped. From that perspective it’s entirely possible for a trans woman to be raped, regardless of her genital configuration or surgical status.

Which brings me to my second concern: the ciscentric and fundamentally transphobic subtext manifested in the Court’s ruling that the victim could not be raped because she was not a “real” woman as she had, presumably, not undergone surgery. The trope that TS/TG people are not “real” women or men is a pervasive and iniquitous one; its practical outcome is that, no matter how we perceive ourselves – or indeed, how society at large perceives us in our daily lives – no matter what gender is shown on our birth certificates or passports or other legal documentation, we are always and forever the gender we were assigned following a visual inspection of our genitalia at birth by a medical professional in accordance with a reductive binary model.

Consequently, time and again, our lived experiences are denied and we are refused agency over our bodies. But just as you are a woman because you say you are, so am I, so are other trans women – as was the victim in this case. Yet the court decided that this was not so. From a comment on the original post, it seems that the rapist was eventually sentenced for battery, not sexual abuse – and this, in turn, makes me wonder if the infamous “trans panic” defence was used: the rapist was so traumatised to discover his victim was trans that his “natural” reaction was to physically attack her.

Until our cissupremacist society evolves to a point where the majority of its members accept that those variations of genital configuration, gender identity and presentation which exist outside the constructed binary “norms” are not inherently threatening to the status quo, and therefore do not deserve to be met with extreme violence in any form – then, sadly, cases like this with blatantly unjust legal outcomes will continue to happen all too often.

The image Walking in the Rain is from ChrisGoldNY’s Flickr photostream and is used under the terms of the Creative Commons Attribution-NonCommercial 2.0 Generic license.