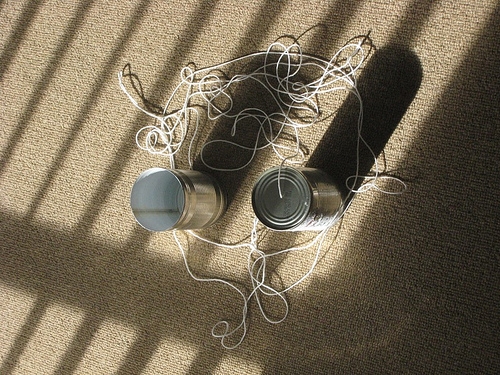 You’re here, so the odds are good that sometime in your life you’ve been troubled and/or angered by some gendered diktat or slander which others around you take for granted as normal. You’ve probably expressed your sentiments and, in the face of disagreement or incomprehension, tried to explain where you’re coming from.

In response to which, I’m willing to lay money, some of you have, at least once, been told some variant of the following:

And if you’re anything like me, you’ve found this utterly infuriating.

Recently, Chally at Zero at the Bone wrote about acknowledging differences without othering. Her topic is a wider one, but this perfectly sums up my deep dissatisfaction with the charge of “over-thinking”:

When someone shares something of their life with you, that is a kindness, and not something to be met with head pats or intrusion. And it’s not a time to position difference as lying with that individual person, making them uncomfortable, rather than in the space between people. … treat othered people as people rather than … awkward protuberances. [Emphasis mine – Jolene]

Implicit in the accusation of “over-thinking” is the idea that somehow, essentially, deep down, everyone holds fundamentally the same positions and has the same sensibilities – or at least holds positions and has sensibilities within a certain limited range. (In the context of gender, this would be defined by conventional patriarchal and heteronormative values.) Those of us who express anything else are deliberately being awkward. The assumption is that we all start from the same place, but a few of us, after embarking on the superfluous and cumbersome journey that is “over-thinking”, have reached some arid new destination from which we send back affected missives. If only we didn’t indulge in the otiose activity of “over-thinking”, we wouldn’t get so needlessly upset.

But I have been bothered by sexism, misogyny and other problematic, marginalising modes of thought and behaviour around me long before I identified as a feminist. For instance, I remember being thirteen and already noticing that the “Everyman” of the stories around me was precisely that – a man. It rankled that the jokers, the rovers, the seekers and thinkers of fiction and in the perceptions of people around me were overwhelmingly male, while women and girls were boxed off into a solely romantic, maternal or servile corner, occasionally let out to be vain bitches or ass-kicking sexpots. This was not a matter of dry analysis: it was an alienation that I felt with visceral simplicity, in my gut.

When I make a feminist critique, I am speaking from the place where I am, and it is real. Articulating feminist reasoning is not the fabrication of this place from whole cloth; it is, frequently, for me, an attempt to bridge the gap between my home and that of my interlocutor – to offer a way for them to cross what Chally calls “the space between people”. It is an invitation to visit. And it takes effort to make. I see my attempt at explanation as a mark of respect: “We are not the same, but we can try to understand each other, and I will invest some imagination into making that possible.”

“You’re over-thinking things” is not just a way of declining interest. It’s an assertion about those of us whose opinions and feelings do not fall neatly and automatically in line. And the assertion is this: we are lying about who we really are. We are making shit up. Our attempts to connect are themselves used as evidence against us. All that earnest, hand-wringing wordiness must be a road to nowhere, to manifestly laughable nonsense.

“You’re over-thinking things” can ultimately be translated into “Stop being different from me. Or if you won’t, at least stop bothering me with the fact that you exist.” It’s deeply disrespectful, and I’d be only too glad to see it end.

Image shows a tin can telephone on the ground, with its wires tangled. Shared by Jon Dunning under a Creative Commons license.