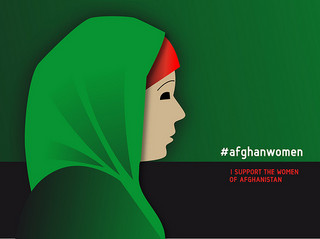 Afghan women’s rights on the brink

Over ten years since we first entered Afghanistan, it remains true that it is one of the worst places to be a woman. 87% of women in Afghanistan experience some form of domestic violence and women are more fearful of sexual assault than of abduction, kidnapping or being caught in an explosion – combined.

In 2007, the Afghan Government introduced a new National Action Plan for Women to begin to tackle the problem. And in 2009 a law on ending violence against women was introduced. New research by ActionAid* published this week has worked out that it would take just US$90 million over five years to deliver the commitments on tackling violence against women included in these two landmark initiatives. But no donors are pledging.

This could all change in three days.

This Sunday over 70 governments will be convening in Tokyo to talk about future aid to Afghanistan. International troops, including those from the UK, are set to pull out in 2014. The UK Government has signed a compact with the Afghan Government agreeing to continue to work together for the country’s development beyond this date. A number of other countries have done the same, including the US and India. At Tokyo, the international community will be making financial pledges about how much aid it will provide to deliver these important development ambitions, which include promoting women’s rights.

The #TokyoConference is the latest step in the Kabul Process, the Afghanistan-led programme of action and international meetings about the country’s development. It is an especially important conference precisely because donors will be deciding what to prioritize in a new Mutual Accountability Framework – a pact between the Afghan Government and the international community about who will do what going forward – and committing funds to make this happen.

So much has been achieved on women’s rights since 2001. There is a new constitution that enshrines equal rights for women and men, over two million girls are now in school from less than 5000, and there are more women MPs in the Afghan Parliament than there are in the UK’s. Women’s shelters have even been established for the first time.

But these advances, gained at high cost and worth so much, are hanging by a thread as governments are feeling the pressure to pull their troops out quickly, and wrap up their engagement in Afghanistan. Women’s rights activists, who daily risk their lives to achieve change, are already feeling the pressure, reporting an increase in attacks on women over the last few years. The UK’s Department for International Development has recognized this and is pushing hard to make sure everyone at the table at Tokyo on Sunday steps up to meet the ongoing need for investment in the country’s development. They have specifically highlighted the need to protect women’s rights. And tackling violence against women and girls is essential to this.

When the international community went in to the country in 2001, we said advancing women’s rights was one of our core aims. We watched the brutality enacted against women under the Taliban and said our intervention would correct this. We wanted to ensure women and girls could go to school, enter public life and the paid labour market, and live lives free of violence. In effect, we made a promise to Afghan women that we would have their backs.

As the international community and the UK Government prepare for the meeting on Sunday, I hope they remember that millions of Afghan women will be waiting to see whether we’re prepared to break that promise. You can take action to help keep up the pressure via Womankind Worldwide through this link.

* Disclosure: I work at ActionAid as women’s rights advisor

Image of a cartoon side view headshot of an Afghan womean in a green scarf, with text reading ‘#afghanwomen’ and ‘I support the women of Afghanistan’ which relates to the green scarf campaign: #AfghanWomen. By net_efekt, shared under a Creative Commons licence.