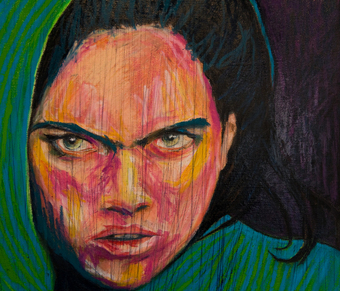 Philippa writes about Tom Martin (of failed gender studies lawsuit infamy), who has spoken out about child prostitution, blaming the victim all the way.

[This post contains references to child sexual abuse and exploitation]

Tom Martin is the man who became infamous for sueing the London School of Economics after he declared that the gender studies course discriminated against men. Notoriously, one of his arguments was that the chairs were too hard for men to sit on because of some difference in men and women’s buttocks… He lost the case, unsurprisingly, but has continued to try to make his voice heard through a series of misogynist statements. For instance, he wrote an anti-prostitution program: 14 points containing such intellectual gems as, “7. prostitutes are boring”; and “8. there is no Nobel Prize for services to prostitution for a reason”. He also famously declares 97% of all women to be whores, compares men giving up their seats on the bus for women to Rosa Parks, and explains – pitifully – why Saudi Arabian men are much more discriminated against than women.

Despite becoming rather laughable in feminist circles, his fury continues unabated. Each time he opens his mouth, he gets himself into more and more trouble. But when I saw, in the MRA-mocking blog, Man Boobz, that Tom Martin had added child prostitutes to his list of people who victimise men, I discovered that this man can still shock me.

Martin was apparently horrified to read child prostitutes being described as, “vulnerable children groomed for sexual exploitation”. He argues that they know what they are doing and have entered into contracts, and that this means that they have given their full consent. The men who use child prostitutes should, in Martin’s opinion, be treated “compassionately for their condition”. He goes on, “paedophiles who pay children for sex are not being rapists, because the child consents, then perform the act, indicating they understand the nature of the contract. [… If the child is] poor, and in need of food? Not rape. A choice.”.

It will be interesting to see how the MRA groups who previously held Martin up as a hero of sorts for his failed legal case will react to these outspoken tirades. Hopefully, they will find his views as abhorrent as everybody else and will stop validating his clearly dangerous opinions.

Does it even need to be stated that children cannot consent to sex? Nor can they consent to any involvement in prostitution. If a child is prostituted, and I use that word deliberately, they are being abused.

Martin’s vile and dangerous opinions must be instantly dismissed. Sex with a child is abuse. Sex with a child who is being paid is abuse. They can not consent under the law and offences against child prostitutes must be taken equally as serious offences against children who are not being prostituted by others. Giving the child – or more likely, their pimp – money does not ameliorate what an abuser has done, it makes it even more contemptible.

[A painting called Angry Woman by Pabo. The photographer is urbanartcore.eu and is used under a Creative Commons Licence]