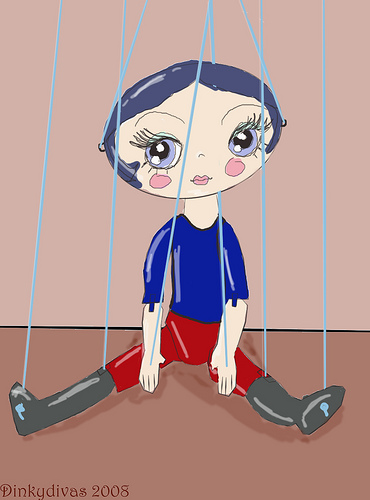 “Objectification” is not a synonym for “attraction”. It refers to treating someone as an object, less than fully human, a means to an end, rather than as a person. Suggesting that sexually objectifying men might “empower women”, or otherwise further the cause of gender equality, seems to me to (perhaps wilfully) misunderstand objectification.

Consider non-sexual forms of objectification: for example, the phenomenon underlying the media furore over “Tiger Mothers”. As a Chinese woman, I would give a small queendom never to hear this deeply annoying term again. Nevertheless, leaving aside the nonsensical racialisation, some parents, of a range of ethnicities, essentially view their children as computer game avatars to be “levelled up” (+10 Academic Ability; collecting Wealth Hit Points; unlocking the heteronormative Marriage & Grandkids Bonus Achievement; and so forth). They make decisions motivated less to help their children fulfil their own individual aspirations and develop into their own people, than to promote conformity to parentally defined notions of success or normality, often with a view to keeping up appearances. (The poignant title of Jeanette Winterson’s recently published memoirs, echoing a line her mother said to her, comes to mind.) Kids are treated as trophies: a textbook case of objectification.

Following the recent delivery of my first child, I’ve become aware of how children can be objectified even as newborns. You might think all adult interaction with a few-weeks-old infant, completely incapable of language, necessarily involves an interpolation of the adults’ interpretations and motivations, so that it’s hard to speak of levels of respect for the baby as an individual person. But conduct I’ve witnessed has shown me otherwise. We might not be able to obtain verbal confirmation of a baby’s wishes, but there’s a difference between making an educated guess, based on behavioural cues, that zie is seeking cuddling or feeding, and (for example) prodding or tickling hir or subjecting hir to noise because you, the adult, want to see open eyes or a smile. Regarding a baby as a toy for the entertainment of adults: again, objectification.

Other instances of non-sexual objectification abound. A heterosexual person who declares a desire for a “gay best friend” is treating queer people like some kind of Pokemon creature (gotta catch ’em all!) And I’ve seen someone make a Facebook post about their domestic worker, describing her, metaphorically, as a faulty vacuum cleaner which needed to be returned to a store. It’s hard to get a more explicit example of treating a human being as a thing.

Why does confusion surround sexual objectification specifically? “What’s wrong with finding someone sexually attractive?” goes the cry. “It’s a compliment!” What this misses is context. The problem is not any given individual’s private feelings about whether they find any given woman attractive. The problem is the widespread assumption that these feelings always matter.

The all-pervasive assessment of women and girls for sexual attractiveness obscures the rest of our identities. We’re told about the opinions people have of our looks in all kinds of settings, with the assumption that we always care or always should: that whether we are visually pleasing to others is always relevant. But why should it be? In education, we seek to learn; our jobs are performed to meet individual financial and/or vocational aims; social connections give us all kinds of satisfaction; we pursue sports and other hobbies because we find them interesting. But evaluations, in every one of these spaces, of our “hotness” or lack thereof, send the repeated message that people can’t conceive of us exploring these varied human goals for their own sake and on their own terms, without reference to whether we’re also suitably decorative. ‘Prettiness,’ this tells us, ‘is… a rent you pay for occupying a space marked “female”.’ We’re impeded from putting our ornamental value to others fully aside. In short, our other aspirations are downgraded and we’re made into objects. Doing the same to men (or anyone else) improves nothing. We don’t need to objectify a wider range of people: we need to stop doing it at all.

Image shows a cartoon of a female string puppet. Shared by The Thinking Doll under a Creative Commons license.