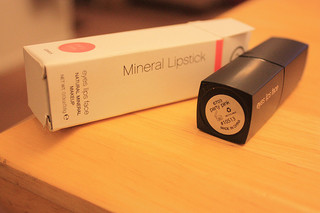 Song of the day: Girls At Our Best! – Warm Girls

A double A side with the equally fantastic ‘Getting nowhere fast’, this is early, raw, Girls At Our Best!

Girls At Our Best! began life as The Butterflies in 1979 in Leeds. Their new name was inspired by the lyrics to ‘Warm Girls’, specifically the repeated chant ‘Girls at our best’ which occurs in the middle of the song.

In the spirit of the times, the ‘Getting Nowhere Fast/Warm Girls’ single was released on the bands own label. It’s also fair to say that, compared to later singles and to the album Pleasure, it is the most punk sounding of their output.

While ‘Getting Nowhere Fast’ has a riff to put the Sex Pistols ‘Pretty Vacant’ to shame, ‘Warm Girls’ is a subtler piece. As the song chugs away like Delta 5 crossed with Wire, singer Judy Evans warbles in an off key, bored fashion about the trappings of femininity:

“I see, and I write, and my fiancee and I like to travel, girls are so friendly. We do enjoy this world so much, we’re all such wonderful friends. And I love little children…”

Although their moment only lasted three years, the band haven’t been forgotten and their influence can be seen on innumerable C86/twee/indie bands who came afterwards, including The Wedding Present (who covered ‘Getting Nowhere Fast’), The Melons and the Aislers Set (who covered ‘Warm Girls’). The sarcastic but observational lyrics, coupled with Judy Evans deadpan delivery put the band in the same league as The Waitresses, another band who are adored by small numbers of people, and unknown to many more.

Image shows a lipstick and its box lying on a table or chest of some kind. Image is by julsieO823, and it is used via a flickr creative commons licence

Video commentary: This video is sound only played over a static cartoon image of three women standing in front of mens urinals in a posture that suggests that they are making use of them. This image is the sleeve image featured on the 7″ single ‘Getting Nowhere Fast/Warm Girls’.