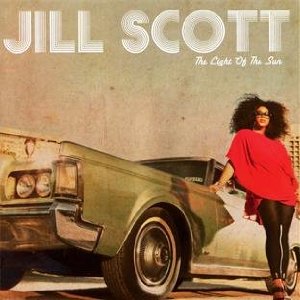 Song of the day: Jill Scott featuring Eve and The Group – Shame

The sense of assertive attitude in this song is refreshing in the context of much contemporary R&B, where the women seem to be if not exactly subserviant then either bland (see Rita Ora’s recent hit ‘RIP’) or prioritising sex appeal over substance (much of Rihanna’s recent output).

In ‘Shame’ Scott and Eve are chastising the absent man, not for leaving and making them heartbroken, but because ‘it’s a shame’ and he is ‘missing out on a good thing’. It’s not so much boasting as healthy female self confidence, something we don’t hear that often in R&B, or in contemporary song much in general. These are uncertain and vulnerable times after all.

That said, Scott makes for a good role model. The album from which ‘Shame’ is taken, 2011’s The light of the sun marked a point where Scott, under a newly negotiated distribution deal with Warners, gained complete control over her marketing and promotions. She has also followed in Madonna’s footsteps by signing a seperate concert sponsership deal with Live Nation.

The triumph of ‘Shame’ is that it harks back to the days when R&B was good, rather than mediocre, it’s sassy rather than submissive, and you can dance to it rather than sort of jerk about awkwardly in 7 inch stillettos to it. All of which should be celebrated.

Picture is the sleeve to Jill Scott’s 2011 album The light of the sun. Jill is shown leaning against a truck of some kind, nonchalently

Video commentary: The video is made up of a series of stills of Jill Scott, and one or two of Eve