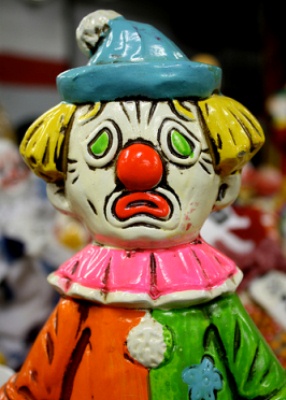 The F-Word recently discussed Daniel Tosh and his group rape joke and the responses his joke elicited. We would like to continue the discussion and turn our attention to the comic strip Wumo and its disrespectful jokes that involve coercive sex and domestic abuse.

One of the strips features an acting improv class in which a man is having sex with a woman in front of the other actors while the text reads: “In improv it’s a rule always to say ‘yes’, which can have its consequences”.

At the improv class, the men “up next” are smiling in anticipation of the sexual act while the women are clearly uncomfortable. This fact appears to very much reflect reality; that many women who are aware of how common and detrimental rape and coercive sex is, are not laughing, while some men are making fun of rape and rape behaviour. Strips such as these serve as a reminder to women of the constant fear of rape and the common belief (often expressed in media) that coercive sex is a trivial matter.

Rather than being critical of coercive sex this strip tells us that: “You should always say yes to sex, even if you do not want to”, “If men could they would gladly rape”, “Men enjoy sex that is non-consensual”, “Even if you do not want sex, it can still happen, your voice does not matter”.

A second strip shows a crowd of women at a convention for abused women, upset as the magician on the stage states: “…and now I’ll saw this woman in half”. The women are upset, screaming, crying, or are simply outraged. The strip appears to make fun of the women responding to the magician sawing a woman in half; thereby suggesting that they are overreacting and that they are fragile and hysterical, words that are often used to describe women and their emotional state. Magic, however, is an illusion while violence against women clearly is not.

Other strips are insensitive as they use words such as “she-male” and make fun of bulimia.

None of the “jokes” are funny if we consider the daily suffering or discrimination many women who are abused, identify in non-stereotypical ways, suffer from bulimia or are/have been sexually assaulted face. How come sexual coercion, rape and violence against women hold such entertainment value? How come it is supposedly funny to joke about groups that are the most vulnerable and the most discriminated against?

The comic strip Wumo is allegedly famous for its critical take on social problems and taboos. But is it critical or simply misogynist? Wumo is belittling women being abused and coerced, rather than criticising abuse and coercive sex. Apparently, “jokes” about violence against women and coercive sex are funny and innocent. Tell that to the millions of women who are abused, raped and assaulted daily.

Photo of a sad clown who’s sick of rape jokes by melingowagamama, shared under a Creative Commons licence.