Song of the day: Spanky & Our Gang – Give a damn 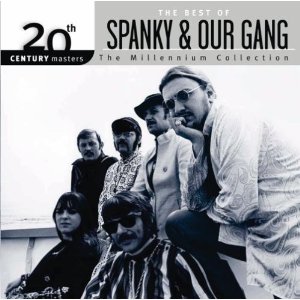 Sometimes a bit of 1960s west coast idealism can be a good thing.

It’s probably fair to say that of the US west coast ‘sunshine pop’ bands, Spanky & Our Gang are one of the least well known in the UK. Compared to the Beach Boys and the Mamas and the Papas I mean. But they made some really gorgeous records, particularly the hits ‘Sunday will never be the same’, ‘Lazy Day’ and ‘Like to get to know you’.

The song ‘Give a damn’ wasn’t a hit when it was released in 1968, but did well at a local level despite receiving little airplay. It also became the theme song for the New York Urban Coalition, a civil rights campaign group at the time campaigning for better housing, jobs and wages for “non-whites”.

White people talking about the poverty of other ethnic groups is always going to be a contentious issue, and some people listening might find the song preachy in nature, but I’ve included it in the song of the day selections because I think the bands hearts were essentially in the right place. The attention to detail in the imagery would suggest that poverty is as equally at the heart of the song as racism, and the lyrics remind the listener that the two issues are inextricably linked.

When we listen to some of the more heartfelt songs from the late sixties its very easy sometimes to shake our heads at the naivete of the sentiments expressed, or at the language and imagery used to do so, but sometimes I think its better to say something and mean it at the risk of ridicule than to think nothing and say nothing.

More recently the phrase ‘Give a damn’ has been taken up by the Damn campaign, which is campaigning for LGBT equality.

Image is the sleeve to the bands 20th Century Masters, The Millennium Collection Greatest Hits compilation

Video commentary: The video begins with an old fashioned radiogram being tuned by a hand turning the dial. The writing on screen reads ‘Mr Trashcan presents…’ Then the song starts. The following images are images of the band at various stages of their career. We then return to the radiogram being de-tuned and turned off at the dial