Online bullying is out of control 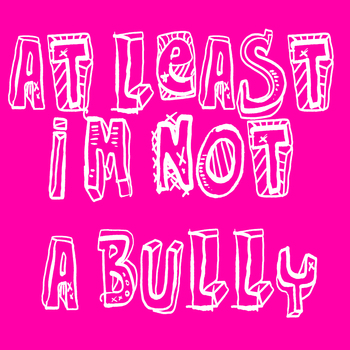 Jen McCreight is a feminist, atheist activist who founded a Society of Non-Theists at her University. She responded to the news that Hojatoleslam Kazem Seddiqi, a religious leader in Iran, had blamed earthquakes on women dressing immodestly by founding Boobquake. Describing it as a scientific experiment, she stated that,

“With the power of our scandalous bodies combined, we should surely produce an earthquake. If not, I’m sure Sedighi can come up with a rational explanation for why the ground didn’t rumble.”

Some feminists didn’t like the idea of Boobquake, believing it would contribute to the sexual objectification of women. Others supported it, not least so that women could wear what they liked, safe in the knowledge that they wouldn’t be blamed for any more unexpected seismic activity.

A few days ago, Jen posted a moving and damning blog post explaining why she is going to take an indefinite break from blogging.

There’s a group of people out there (google the ironic term FtBullies to find them) devoted to hating me, my friends, and even people I’m just vaguely associated with. I can no longer write anything without my words getting twisted, misrepresented, and quotemined. I wake up every morning to abusive comments, tweets, and emails about how I’m a slut, prude, ugly, fat, feminazi, retard, bitch, and cunt (just to name a few). If I block people who are twisting my words or sending verbal abuse, I receive an even larger wave of nonsensical hate about how I’m a slut, prude, feminazi, retard, bitch, cunt who hates freedom of speech (because the Constitution forces me to listen to people on Twitter). This morning I had to delete dozens of comments of people imitating my identity making graphic, lewd, degrading sexual comments about my personal life.

The abuse Jen has faced has triggered depression and in Misandry: A How-To, fellow atheist blogger Rebecca Watson shared just some of the many experiences of misogynist online abuse she, too, has experienced.

Nicky Clark is a friend of mine. She is a blogger and she campaigns on disability rights issues and she is the parent of disabled daughters. One of the issues she is most passionate about is that of disablist language, challenging those who use it and explaining why it is wrong.

She has criticised comedians in the past, such as Ricky Gervais and Frankie Boyle for disablist comments and attitudes. She got immense torrents of abuse on Twitter as a result. Dozens of fans of the comedians devoted days to relentlessly sending her offensive messages. It was harrowing to watch and I cannot even imagine how it was to experience directly.

The thing with Nicky is that she fights back. I watch in awe at times, knowing I would be hiding under a table while she deftly retweets the abuse she receives, drawing attention to the injustice of it rather than letting herself retreat and feel humiliated by the gross insults.

This seeming bravado does not, however, mean that she gets out of these situations unscathed. Anyone looking at her recent tweets can see that hours, days and weeks of abuse take their toll. A discussion on a comedy discussion forum which was started to talk about how celebrities on Twitter can encourage their followers to abuse dissenters was soon full of pages of posts insulting Nicky, and the thread was tagged, “The day Nicky Clark lost her mind”. The thread criticising pile-ons became a pile-on itself, with the disablist tag adding to the abuse.

Nicky and I don’t always agree on disability politics. This is ok. It is possible to discuss and debate issues in a respectful way, and of course this is what we strive to do. There is no need to bring a disagreement down to the level of trolling and bullying.

But bullying is exactly what is happening to Nicky, Jen and Rebecca. These women are forces to be reckoned with. They are formidable, intelligent, articulate and passionate. And they have been bullied to the point of absolute despair.

This is not ever ok. Women being abused online has become so commonplace – it is highlighted regularly – that it is almost as if we are supposed to just accept it as a normal part of life. The abuse faced by these women in the last few weeks has escalated to ridiculous proportions, and for every woman who speaks out about it, there will be many more who don’t.

It has to stop.

[A graphic of the words “At least I’m not a bully” in a handwritten-style font on a bright pink background. It was created by Miss Blackflag and is used under a Creative Commons Licence]