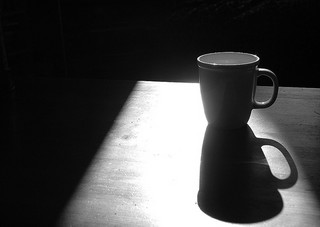 Born Judith Coster, Tammy St John hailed from Hornchurch in Essex. She was signed to Pye at the age of 14, and released four singles over the next two years, of which ‘Dark shadows and Empty Hallways’ was the third.

This atmospheric track, which was written by the songwriter Fangette Willett, is in keeping with the dramatic sound of singers such as Dusty Springfield, but it also has elements of the girl groups, particularly the teenage mini operas being recorded by the Shangri-La’s. It is orchestral and atmospheric, emotional verging on melodramatic, and a tour de force from start to finish.

Tammy’s voice was sophisticated and strong, a bit like a young Sandie Shaw, and it is her voice and a sense of quiet dignity that sets the song apart from some of the more horrifically masochistic girl group and girl singer songs of the 1960s, for example Glo Marconi’s ‘He knows I love him too much’ and The Crystals ‘He hit me (and it felt like a kiss)’ .

You could make a case for ‘Dark shadows…’ being on the maudlin side, but it never strays into masochism. It is simply a song about missing someone very, very much. Sung by the teenage St John it comes across as both sophisticated and mature rather than simply self absorbed teen melodrama. The lyric “If you see my baby, tell him there ain’t no rainbows for me” inspired the Saint Etienne song ‘No Rainbows For Me’, a sure indication of the songs cult appeal.

While St John was not to find success in the ’60s, she was re-discovered in the 1970s and was to find belated success via the northern soul scene, which adopted fourth single ‘Nobody knows what’s goin’ on (in my mind but me)’ as a floor filler about a decade after its release.

Picture of a mug in shadows by Raindog, used via a flickr creative commons licence

Video commentary: This video is audio played over an image of the single and a smaller image of Tammy St John