Asking for space for one’s trigger 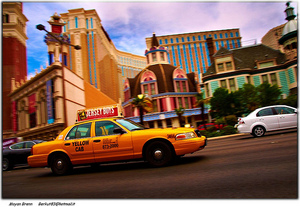 Guest blogger Rebecca recounts an episode where she felt sensitive to her triggers. To what degree can we ask for space for our triggers?

Last night a taxi company refused to provide me with a female taxi driver. I was told a female driver was available, but it would be inconvenient to send her because she was too far away from where I was.

The first woman who took the call seemed taken aback by the request and asked me to hold. Another woman, who was possibly a supervisor, then asked me why I wanted a female driver. When I explained it was for reasons of safety she acted annoyed and said that all their drivers were safe. I hadn’t been expecting hostility so I attempted to justify my request.

I told her that I would feel safer with a female driver, as I was a young woman heading home alone late on a Friday night. I said I had been drinking and felt vulnerable. She dismissed my concerns in a way where I felt she was trivializing them. After she repeated that it wouldn’t be possible to send the female taxi driver to me I hung up humiliated.

I wanted a female taxi driver because I was raped a couple years ago and had been badly triggered that evening. I’d had a rough day, but had arranged to visit a male friend of mine so wanted to honour the arrangement. When I arrived I explained about my day and how sensitive I felt, but about half an hour later my friend said, “Oh, here’s a video I think you’ll like,” and showed me a video about rape in video-games. The content of the video would usually not have been a problem for me, but my friend gave me no warning and just pressed play without telling me a thing about it. I sat frozen on the side of his bed, thinking, “But I just told him about my day. Why would he show me this?” When it ended he launched into his own personal summary, which revealed a staggering amount of ignorance to the trauma rape victims feel and the way rape is dealt with in the mainstream media. I cut him off and excused myself, escaping to the bathroom, but not before telling him to Google the term ‘trigger warning’.

Once I’d recovered myself a little I went back to his room and apologised for my behaviour. I referenced the rape a couple years ago and how lately I’d been getting more sensitive about it. I’ve been doing a lot of feminist activism, writing about the sex industry, and nude modeling and I was seeing rape culture more clearly and feeling a lot less safe because of it. I had, at the time, considered my assault an isolated incident by an individual man. But I was starting to view it as a consequence of a culture of permissiveness: from casual jokes to street harassment. My friend was clearly uncomfortable so I tried to laugh it off and change the subject, requesting that we watch an episode or two of a show I knew had few, if any, triggering moments in it.

By the end of the second episode I’d calmed down. Unfortunately I’d also missed the last bus home. Usually I would have stayed at my friend’s house, but I wanted to be in my own bed in my own flat. That’s when I called the taxi company.

My friend was uncomfortable that I wanted to ask for a female taxi driver. He didn’t consider it justified and I was still a bit too upset to explain it to him. It is unfair to label all men as potential rapists and intellectually I know that is not true.

However, whenever a strange man knocks on my door, I feel my palms sweat, even though I know it is probably the postman. When I walk home alone a man engaging me in conversation may be a possible introduction to an assault. I will brush him off and walk away rudely, aware that he might merely be being friendly and that my behaviour is probably upsetting for him. It is not nice to be the source of fear in other people. I know that, but it doesn’t stop me feeling afraid.

Trying to explain this to my male friends is difficult. Trying to explain it to taxi-companies at one in the morning is just too much. After stressing a little and a bit of a cry I let my friend phone a different company and order a taxi without trying again to specify a female driver.

The man who drove me home was perfectly nice and didn’t leer, or make inappropriate jokes, or do anything to make me feel uncomfortable. I have had some lovely male taxi drivers and many more that I could take a little teasing and flirting from. But that night I couldn’t have dealt with it. I felt let down and vulnerable and silly, like my assault was an inconvenience that I was being rude for bringing up.

Surely this is a reasonable justification for wanting a female driver? Or maybe I have no right to force others to accommodate my trauma. When I got home my friend text me to see if I was okay and I told him I was. But I’m not. I’m not okay at all.

The photo above illustrates a taxi driving down a street. The yellow taxi has the words Yellow Cabs printed on the side. The photo is used courtesy of the creative commons license is copyright by Moyan Brenn.