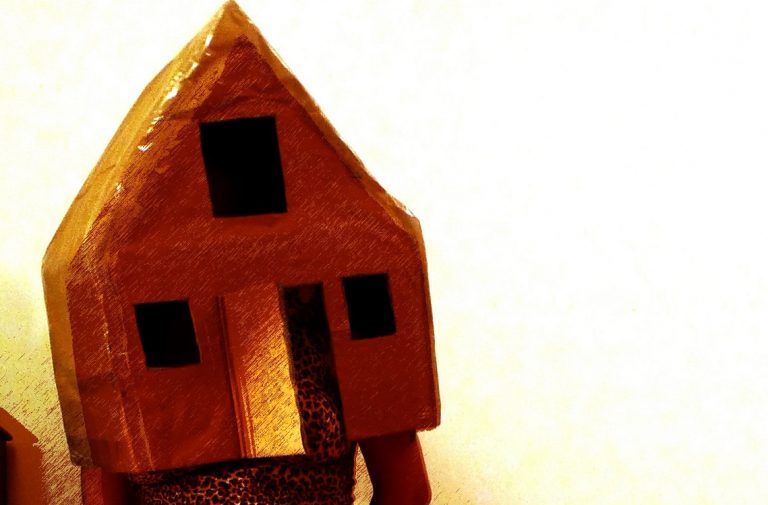 My body is my home

Artist Shabnam Shabazi discusses the ideas explored in her new show, Body House (version 2), which can be seen at London’s Chelsea Theatre on Wednesday 24 October at 7.30pm. Shabnam was born in Tehran and came to London in 1979. Her work includes performance, theatre, object, video, sound, text, mixed media and installation “I have been on the road for such a long time. My only true country is my body. I tried to survive like some music that was never written.”

It seems that there has to be a fissure or crack, an unbearable wound that returns before one becomes aware of the fact that perhaps it is worth giving one’s body some consideration as one’s home, the vessel and carrier of one’s hopes, dreams and aspirations.

After years of asking ‘where is home?’, looking for home as a physical and geographic place, and as something ‘out there’, it took a recurring wound to trigger my realisation that my body is my home. The conditions of displacement and exile make it impossible to look upon the idea of home as a stable geographic location. Exiles and displaced people naturally exist in more than one location. Clearly a symptom of displacement is that one is forever on the road, in motion, unable to resolve one’s inner conflicts in relation to home, place or belonging. It is impossible for the notion of home to exist as a physical or permanent location in an exile’s life, so one has to find other strategies for resolving one’s inner conflict and traumatic memories.

My light bulb moment, my epiphany, my moment of truth came when I was at my cousin’s house in LA interviewing family who I had not seen for twenty years. I saw a child’s house made out of cardboard, which I instinctively put on my head. I connected across time and culture, and I actually became the ‘Woman House’ of Louise Bourgeois‘ famous ‘Woman House’ paintings, although at the time I did not know about Bourgeois’ work.

Now, as I become this ‘Woman House’, a re-enactment, and a moment where experience transmutes knowledge, I arrive at the distinct realization that ‘my body is my home’.

The photo shows Shabnam in a leopard skin dress standing with a cardboard house covering her head. The photo has been given more contrast than normal and is in sandy colours.