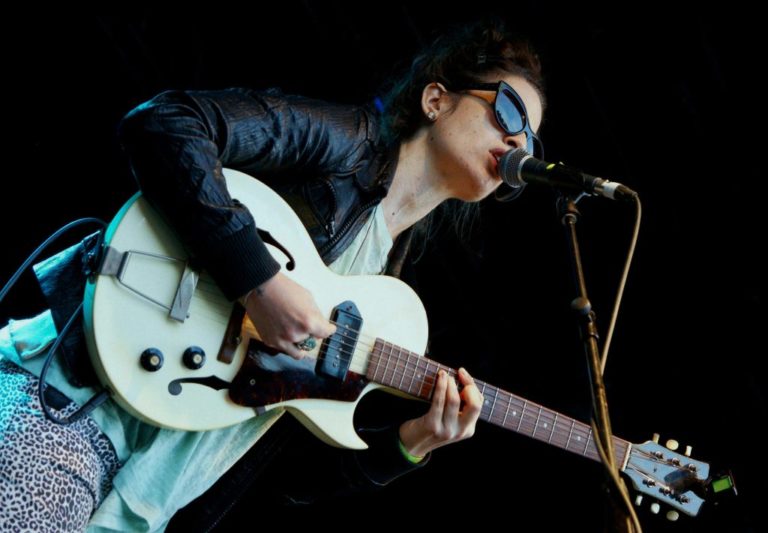 New Review: Another record from a star storyteller

I saw Jesca Hoop play live in Manchester back in June. Despite having the misfortune to be playing to a slightly fidgety audience at the Academy 3 on the same night as the Stone Roses were playing at Heaton Park, she delivered a spirited and engaging set.

A particular highlight of that evening in June, for me, was Hoop’s exuberant performance of ‘When I’m Asleep’, the closing track on The house that Jack built.

Louise Allan has reviewed The house that Jack built for The F-Word, here is a taster of her review:

“Dig it out of the basement, out of the discard and onto the record player,” Jesca Hoop urges on ‘Dig This Record’, a chunky, tribal tune in the heart of The House That Jack Built. By this point in the proceedings, most listeners won’t be able to resist doing some digging.

Hoop’s third album is a collection of thickly-textured arrangements, tangled melodies and startling lyrics that demand a closer look. Bearing in mind her back story, it’s no surprise this lady’s got a few stories to tell. A folkie raised in northern California, Hoop fled her Mormon family in her teens to live in the wilderness, including a stint on a rehabilitation project for children. She has a more succinct way of putting it: “I was raised Mormon until I was 16, and then I fucked off.”

Image is of Jesca Hoop performing live at the Rochdale Feelgood Festival on September 3, 2012. Image is by Man Alive! and is used thanks to a flickr creative commons licence

First video: This is a sound only video of the song ‘When I’m Asleep’. The song is played over a static image of the album sleeve and release date information.

Second video: This is a video in which Jesca talks about the song ‘Peacemaker’. It is a static location