The end of the affair: disability and feminism

A guest post by Lucy Britton about whether feminism is doing enough to fight for disabled women. 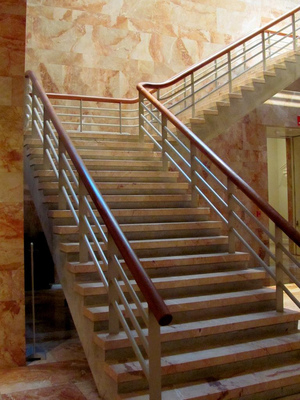 This is a guest post by Lucy Britton. You can find her blog here

I began to self-identify as a feminist when I was twenty years old; I was a young single mother with a disability and felt completely disenfranchised. Due to my disability and single parent status I was unable to work. I was living in poverty, offered little in the way of practical support and had to move into social housing. Due to my sex and disability my options were incredibly limited and I needed to understand the reasons for this inequality. The feminist movement asked the same questions and provided many answers. Being awoken to the existence of patriarchy gave me the motivation I needed to oppose the system I found myself limited by and made me feel like less of a pariah. I was comforted to find other women who shared the same experiences as me.

However, more recently, my relationship with the feminist movement has become a little soured and I have found the movement increasingly disempowering. My local feminist group is held in a small café up some stairs. As I am a wheelchair user this precludes me from attendance. My feminist networks, therefore, remain online and I cannot access the face to face support many women take comfort from. Similarly, I was unable to join a march I had wanted to attend because the coach which had been hired was inaccessible. A third of disabled people have reported experiencing difficulties related to their disability in accessing public, commercial and leisure goods and services. I began to feel that elements of the feminist movement were replicating the exclusions people with disabilities experience in wider society. Preventing somebody from accessing a group in this manner is classed, by the DWP, as discrimination. Surely the feminist movement should be seeking to fight against discrimination and include all women?

My sense of alienation from the movement has increased lately. I have been becoming more and more concerned about the anti-disability rhetoric in the tabloids and the rise of the moniker “scrounger”. The government’s planned welfare reforms are already causing terrible concern and harm to people with disabilities. The situation will only continue to worsen as the migration from Incapacity Benefit to ESA is accelerated and Disability Living Allowance (DLA) is transferred to the new Personal Independence Payments (PIP) in April 2013. Many people are about to lose either their out of work benefits whilst still being unable to work and, in the case of DLA, they may lose the vehicles which enable them to work. These changes will negatively impact upon health, wealth, communication, independence, socialisation and justice. However, despite there being 11 million people with disabilities in the UK, and therefore many women with disabilities, there has been a marked absence of feminist voices discussing these issues within the media. Women with disabilities experience two-fold discrimination, surely the feminist movement should be speaking up about this?

Recently I have been trying to garner support for Pat’s petition, which calls for the government to stop and review cuts to benefits and services which fall disproportionately on people with disabilities and their carers. With the help of a few feminists on Twitter we have been asking well known feminists to support and “retweet” links to the petition. Almost 50,000 more signatures are needed in just one month and as such the situation is becoming urgent. However most well known feminists we addressed failed to respond. Frankie Boyle, on the other hand, did. When a comedian, well known for making offensive jokes about numerous subjects, including disability, can respond to this call for help, but feminists do not, I cannot help but feel that the feminist movement is letting disabled women down.

The movement must seek to empower all women, regardless of age, race, nationality, ethnicity and disability. Women with disabilities desperately need the movement to actively oppose the societal discriminations and struggles we face. If they fail to do this then they are failing to represent a large number of women. This supports, rather than undermines, patriarchy and is the antithesis of what originally attracted me towards the feminist movement ten years ago.

[The image is a photograph of the stairs at the Virginia Museum of Fine Arts in Richmond, Virginia. It was taken by David Hoffman and is used under a Creative Commons Licence]