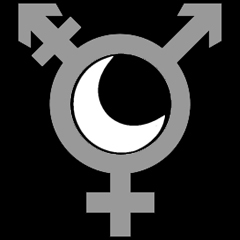 With a month to go until this year’s Reclaim The Night march in London, Helen reviews the question of the inclusion of trans women at the event.

Reclaim The Night (RTN) marches have been held in the UK since 1977 with the purpose of raising awareness of the rates of rape and male violence generally, “giving women one night when they could feel safe to walk the streets of their own towns and cities“. (source)

The London RTN march has been held annually since 2004 and it “marked the first revival of the historic Reclaim the Night march by the London Feminist Network. It was the first women-only RTN march in London since the 1980s“. (source)

Although the London march has grown in size and significance over the years, it has not been without its share of controversy, particularly over the question of whether or not trans women are included in its definition of ‘women only’. This is something which has been discussed here at TFW more than once (here, here, here, here and here). The term ‘women only’, often used interchangeably with the phrase ‘women born women’ (sometimes spelled ‘womyn born womyn’) is one whose meaning may, at first glance, seem clear enough – yet on closer inspection, seems to be quite nebulous, as I found when I analysed it in some depth in my recent feature.

For many, it has come to be seen as a code phrase for those who were assigned a female sex at birth (AFAB), and who have never felt that to be an incorrect labelling. However, many trans women’s experience has been that this meaning often results in our exclusion from events like RTN London because the sex we were assigned at birth does not match the sex and gender we perceive ourselves to be. RTN London, it has to be said, has been quite resistant to clarifying its position regarding trans inclusivity, and this has caused much heated debate in some quarters.

Of course, some trans women have simply gone ahead and attended the march anyway; others of us haven’t, primarily out of concern for our own safety – and it’s both galling and bitterly ironic about finding oneself in that situation. So it seems a notable step forward by RTN London to see this sentence in the sidebar on the front page of its website:

All women are welcome at Reclaim the Night, including: women of all colours and cultures, of all religions or none, women of any age, disabled and non-disabled women, heterosexual women, lesbians, trans women, bisexual women, refugee and asylum-seeking women and any other women you can think of!

The F-Word blogging collective welcomes this clarification and, despite my own personal concerns about whether it will feel like a safe, welcoming space for trans women, we hope that this marks the start of a new era of acceptance of trans women by the RTN London organisers and attendees.

The image at the head of this post is is a grey transgender symbol on a black background with a white crescent moon in the centre and is called “Claim The Night”. It was made by Helen and is based on the image “Gendersign” found at Wikipedia. The original image is public domain and so is this one. If using it elsewhere, please ensure correct attribution.