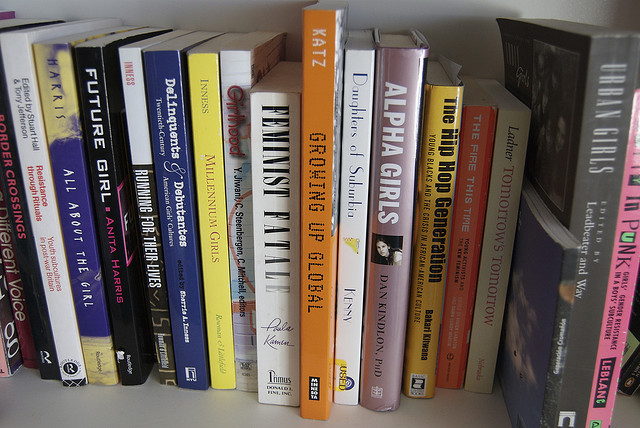 Welcome to this week’s round-up of the articles and blog pieces we’ve been reading over the past week but didn’t get around to covering in detail on the blog. Please feel free to add relevant links or comment!

NB: Round-up posts contain links to external websites and blogs with comment threads and other material that we have no control over. Along with this, we don’t always agree with every viewpoint expressed in the items or the sites containing them. As with actual F-Word content, none of the material reflects any “official view from The F Word” because not all contributors to the site will necessarily hold the same opinions on the topics or pieces shared.

THE OTHER SLANT: Naomi Wolf Bites Back at Feminist Critiques of Her New Book, Vagina (The S/ant)

BILLIONAIRE J.K. ROWLING: Here’s Why I Didn’t Leave The UK Even Though We Have High Taxes (with video) (Democratic Underground)

A reminder of J K Rowling’s piece in The Times in April 2010, where she explains why she pays her UK tax. It seems this has all been brought up in the light of Rowling’s new book The Casual Vacancy but, in the current political climate, I think it bears repeating anyway.

Generation of women hit by ‘toxic combination of ageism and sexism’ (The Guardian, World news)

Denying Access to Contraception: What If Interfering With Women’s Lives Is The Point? (RH Reality Check)

Why do we care about Megan Stammers from Eastbourne but not “Suzie” from Rochdale? (Laurie Penny in The Independent)

Torturing the poorest of the poor, in the name of law and order (yawning bread)

“I couldn’t do it. I’m too jealous” (Bethany Carman Rutter at Rarely Wears Lipstick)

On Race, Feminism, and Jodie Landon (Lois Payne at Racialicious)

This is from April this year but I was inspired to google Daria after watching the show the other day and thought I’d share this piece with you now.

And to finish off, here’s Electrelane’s old classic ‘The Valleys’. It was recorded with the Chicago A Cappella Choir and, as someone who is more likely to sit down to listen to the baroque pop harmonies of The Free Design than go to an Electrelane gig (though I did go to -and enjoy- the one at Hope Chapel in May 2005), it is somewhat predictably my favourite Electrelane track. This spine tingling choral delight invokes “one of the least-copped sounds in music history, the 1960s gospel hymn” and is on the band’s second album:

YouTube description: Still of the cover of Electrelane’s The Power Out (2004). This is beige and overlaid with six squares. The first of these contains the name of the group and title of the album, while the others are misty sepia photos of a mix of quaint souvenir shots and animals such as ponies, a cat and a dog.

Picture of a selection of feminist books by Steve Rhodes, shared under a creative commons licence.