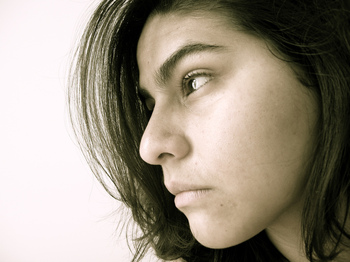 I’ve just read a report that a psychiatrist and Professor of women’s health has advised that women of childbearing age should not be given anti-depressant or anti-psychotic drugs. This is because of the chance that they will accidentally become pregnant while taking drugs that could harm the developing foetus.

Now, I don’t know about you, but undergoing ~30 years of untreated psychiatric problems on the offchance that a sperm will accidentally fertilise an egg sounds like an absolute nightmare to me.

On World Mental Health Day last year I wrote about how certain anti-anti-depressant campaigning is actually very stigmatising to those of us who take psychiatric medication, but if the report above is true it adds highly unpleasant layers to the stigma. It appears that Professor Howard is advocating putting your entire life on hold from age 15 to age 45, because your highest priority at all times should be the small possibility of an unknown, unplanned pregnancy. There is already a strong societal expectation that women give up all sense of themselves once they have children, but now we are to do so if we are technically fertilisable?

I have no intention of ever having children. I do have every intention of trying to stay as mentally well as possible. My priorities are therefore clear, and I will continue to take the meds that I know help. But what are women to do if they take Professor Howard’s advice?

Be admitted to hospital for treatment and support, perhaps? Have a read of this article by a police officer about how frequently vulnerable people in a mental health crisis are sent to police cells as a supposed “place of safety” when there are no beds on psych wards. S/he writes,

“The levels to which this applies varies from area-to-area. Some forces, like West Midlands, have managed to get 97% of their section 136 detainees into a clinical place of safety after many months of hard strategic work. Other forces are nearer 50-60%.

“The remainder go to cells. This is abhorrent. The Independent Police Complaints Commission have recommended more than once that a police cell should never, ever be used as a place of safety apart from as a last resort”.

Ok, so there are no hospital beds, what about the Crisis Team? These were set up at a time when beds on wards were being reduced, as a way to reduce the number of admissions needed. Let’s read the words of APt in Camden:

“I was terrified and asked the crisis team worker what I should do. They told me they didn’t have time to talk to me as had listened for 10 minutes and had to be elsewhere and I could either go to A&E or take all the tablets – it was up to me. I couldn’t manage and took a major overdose, did not alert anyone and was then found unconscious on the street.

“I feel there is particularly an attitude towards women in crisis. As a woman I don’t feel safe working with them so would rather be admitted to hospital. It does not surprise me that while ward suicides go down in number, suicides of patients under crisis team care has risen dramatically” (emphasis mine).

Women experiencing mental distress are being advised to not take medication, with a potential foetus’s needs subsuming her own; if she needs to be admitted to hospital she may well end up in a police cell; and if there are no beds and she is referred to the Crisis Team, then after her allocated 10 minutes are up she may be told that she can take an overdose if she wants to.

None of this is acceptable. The figures of people with mental health problems are vast, and women are being passed around with nobody offering decent and respectful care. Cuts are hitting mental health services deeply, and benefit changes are causing many people with mental health problems extra distress and fear. Everybody thinks it is somebody else’s problem, but until mental illness is taken seriously by those who have the power to make changes, and those who speak to the media on the subject, women’s crises will be prolonged and exacerbated unnecessarily in ways such as this.

Edited to add: Professor Howard has clarified her position here

[The image is a photograph of the profile of a woman looking sad. It was taken by Andrea Guerra and is used under a Creative Commons Licence]