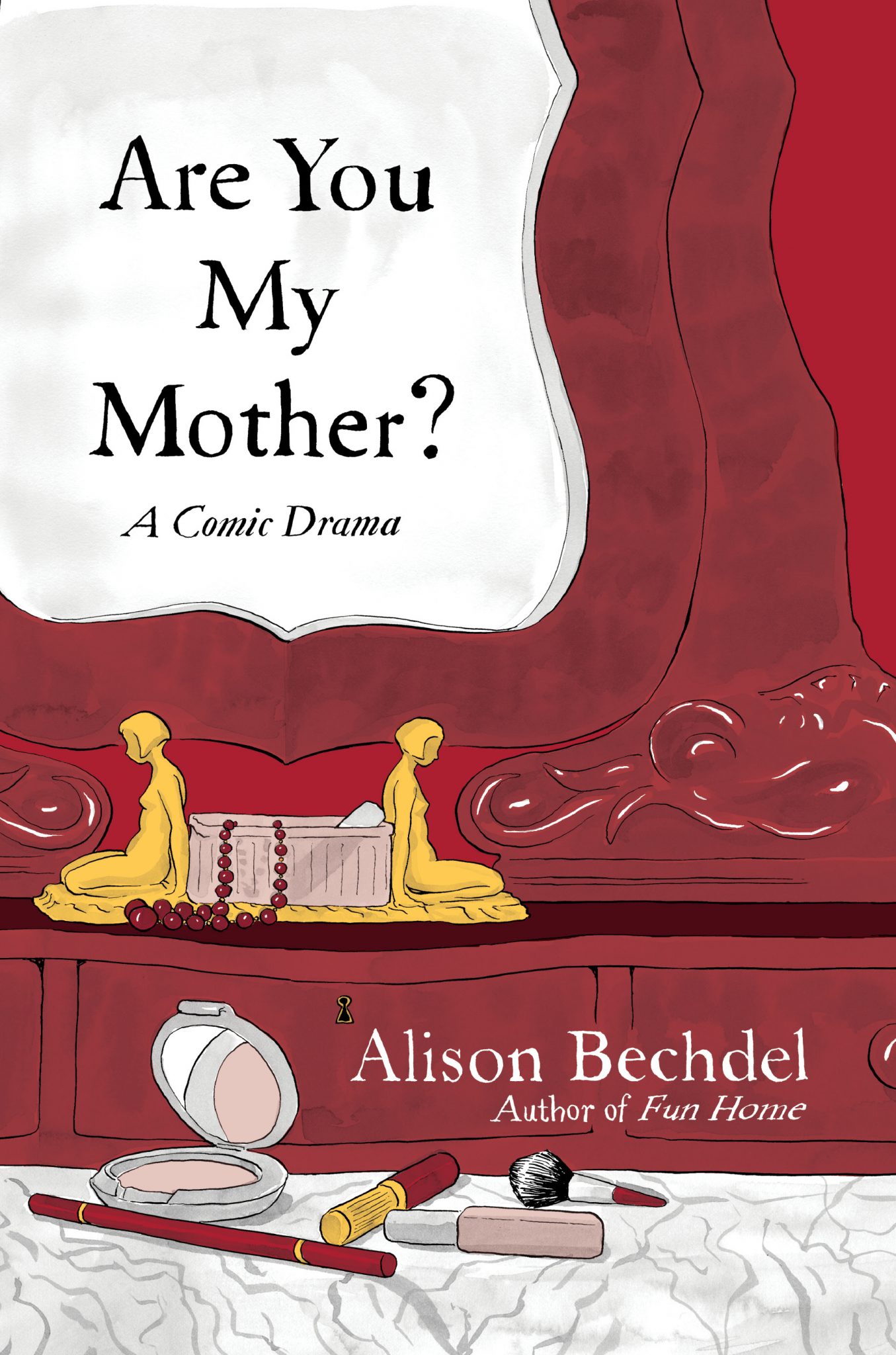 Will you be my mother?

In the year Alison Bechdel was born, Random House published a children’s book by P. D. Eastman, titled Are You My Mother? The book documents one baby bird’s search for his mother (she had left an egg on the brink of hatching in the nest and flown away in search of food). The hatchling embarks on a quest, asking the representatives of all species met along the way (including a power shovel) the simple but fundamental question of the title and going through much distress before the eventual happy reunion.

At face value, this is not what Alison Bechdel is dealing with in her comic drama Are You My Mother?, published in May 2012. Bechdel spent her childhood and teenage years in rural Pennsylvania with both of her parents – until her father’s death when she was 19. As it closely followed her coming out to her parents and the associated revelation of her father’s own closeted homosexuality, Bechdel believed it to be suicide. Growing up in a spooky Victorian house haunted by her at times tense relationship with her father was the subject of Bechdel’s first graphic novel, the critically acclaimed Fun Home (2006). Are You My Mother? is in turn a “memoir about her mother”: a close and psychoanalytically loaded look at her relationship with her other, still living, parent, which took years to complete.

However, it’s not that simple. “Perhaps the real problem with this memoir about my mother is that it has no beginning,” remarks cartoon Alison. No wonder, given the fact that one of the two figures looming over the book is no other than Virginia Woolf, the doyenne of the modernist novel. To the Lighthouse is not only repeatedly quoted throughout the text; look closely and you will see its structure beneath Bechdel’s frames. Bechdel says in an interview that her book is about “the self, subjectivity, desire, the nature of reality, that sort of thing…”, a riff on Woolf’s “subject and object and the nature of reality”,

The other spectre of Are You My Mother? is British paediatrician and psychoanalyst Donald Wood Winnicott. The key concepts of his work in object relations theory give their names to the seven chapters of the book. In a nod to the father of psychoanalysis, Sigmund Freud, each chapter opens with Alison’s dream and is then analysed by her, alone or in the presence of her therapist.

Just like a modernist novel or a patient’s stream of consciousness during the therapy session, this memoir ostensibly “about the mother” is a bit about the mother and more about everything else. It is about relationships between Alison and her parents, girlfriends and therapists but also between other people, dead and alive. It is about therapy and psychoanalysis, about pivotal points in the author’s own therapeutic journey. It is about OCD and geekiness, about the development of feminist consciousness and having her first short story rejected from a literary journal by Adrienne Rich (“in sisterhood”). It is full of other books and literary allusions, where a children’s bedtime book by Dr Seuss rubs shoulders with Alice Miller’s serious psychological work on childhood trauma, and where on encountering the Winnicott reference, cartoon Alison freely associates to… Winnie-the-Pooh.

Are you my mother? is also about the nature of the circularity of the creative process. “I can’t write this book until I get [my mother] out of my head,” complains Alison to her therapist. “But the only way to get her out my head is by writing the book,” she adds in the next frame.

The form of graphic novel lends itself perfectly both to modernist introspection and the postmodern patchwork of texts, people and events of this “metabook”. Some of Bechdel’s pictures are worth two thousand words: my favourite was a four pages imagining of Virginia Woolf and young Donald Winnicott passing each other on Tavistock Square in London. Though this is unlikely to have happened, Winnicott’s hat tip and Woolf’s pensive face made me a believer.

What about the mother then? “Which one?” I might add. Because of nonlinear treatment of time, we meet many of Alison’s mothers all at once. A mother as a young girl, long before Alison was born, can be a page away from one commenting on a grown-up Alison’s work just a couple of years ago. There is a mother of Alison’s early childhood, playing her favourite game, and a mother dealing with family in crisis after the father’s death. A mother not too impressed with her daughter becoming famous for “lesbian cartoons”, and an attentive mother helpfully writing in little Alison’s diary as she is too anxious to do that herself. There is a mother who puts aside writing poetry to start a family and one who is an accomplished amateur actress.

All things considered, I think that the Bechdel of Are You My Mother? does resemble a clueless hatchling, even though the question she keeps asking of the people encountered seems to be rather: “Will you be my mother?” At one point she confesses to her therapist that she wants Winnicott (!) to be her mother; earlier, she receives from another therapist the recognition her mother never granted her; Virginia Woolf looms over the project as a kind of literary mother. In a way, Bechdel seems to hope that her own mother will become the mother proper after being written and drawn into the memoir.

I will not disclose what the last, at the same time raw and tender, frames of the comic drama hold – so you will need to judge yourself how effective “getting the mother out of the head” via writing a book about her proved to be. I heartily recommend following that attempt yourself in this witty, touching, geeky and funny graphic memoir.

Ania is The F-Word’s film editor. She is very happy about graphic novels’ continuous boom as she enjoys reading/looking at them a lot: pictures are always good, even if not moving!