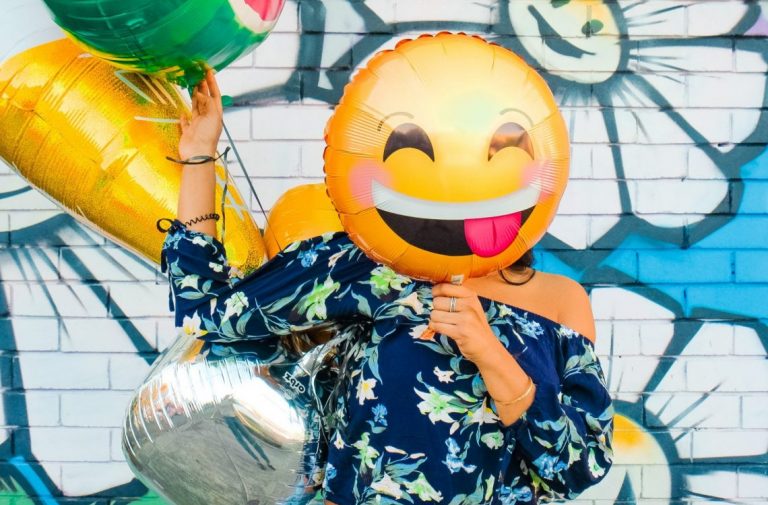 Why The F-Word needs a comedy editor

At the What The Frock! comedy night held during UK Feminista’s Summer School, the compère, Kate Smurthwaite, returned to the stage after the interval to tell the audience, in suitably enraged tones, what had just occurred.

A lot of women in the world crack hilarious jokes, and I bet you can think of some 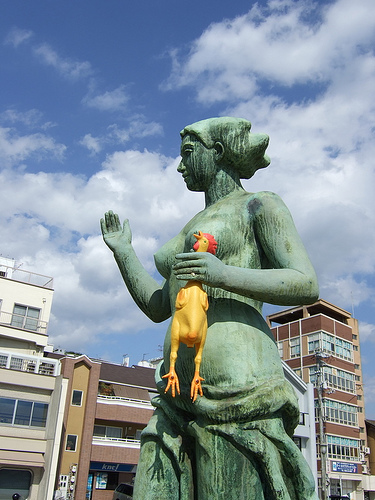 Angie Belcher, one of the female comedians on the night’s line-up, was in the bar. One of the bar staff asked her what was happening that night. “Is it comedy?” she asked.

Before Angie could respond, another person working at the bar answered. “Yeah,” he sniffed, “but it’s all women so it’ll be shit.”

There you have it: a perfect example of why The F-Word is now looking for a comedy editor.

Although the charming fellow mentioned above doesn’t seem aware of it, there are a lot of funny women in the world. You’d be forgiven for not realising this if you were judging purely on television comedy shows; only 9% of people appearing on Mock The Week in series 10 were women, and of the 24 stand-ups who performed in series seven of Live At The Apollo, only three were women.

Again and again, we see articles considering these trends, almost invariably concluding that – but of course! – women just aren’t funny.

As a sex, we lack the ability to make others laugh. Naturally, we have a sufficient sense of humour to appreciate a good rib-tickler delivered by a competent man, but as joke-mongers ourselves, we are sadly deficient. Christopher Hitchens gave a number of helpful suggestions as to why this might be several years ago in an infamous Vanity Fair article, positing that men need to be funny in order to attract women. It’s evolution, people! Women don’t need to be funny because they’re attractive in other ways. Science, yeah? And that’s basically the route that every writer explaining the case of the missing funny women has gone down ever since.

I by no means struggled to find funny women, delivering original, insightful and clever material in Edinburgh- and that was without even really trying, within a few days 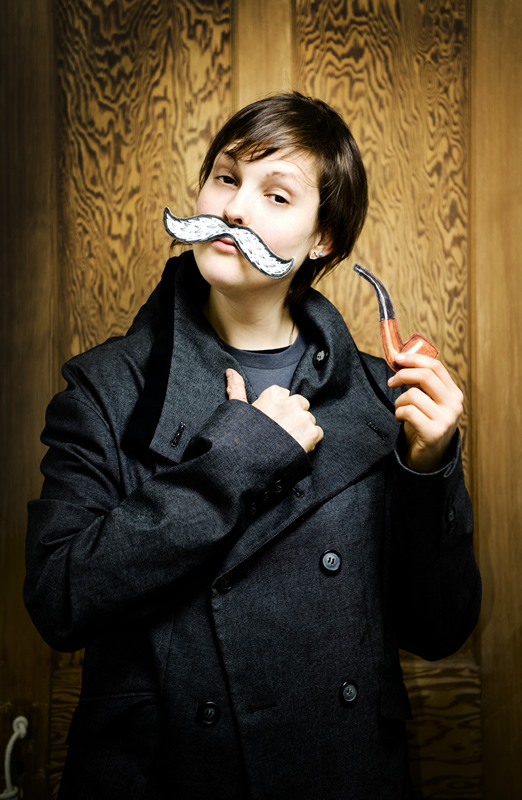 The trouble with all of this, of course, is that it’s not true.

As I said, a lot of women in the world crack hilarious jokes, and I bet you can think of some. Perhaps your colleague’s spot-on impersonation of George Osborne makes you giggle. Possibly your flatmate’s deadpan delivery of one-liners is guaranteed to have the room in gales of laughter. Maybe a columnist’s perfect punning has forced you to pretend your sudden shriek of laughter was actually a sneeze to avoid the horrified looks of your fellow commuters. I refuse to believe that there are more than a handful of people who literally do not know of a woman who makes them laugh.

Admittedly, Channel 4 is unlikely to phone up your witty sister-in-law and offer her a spot on their latest panel show because they happened to see her latest hilarious tweet, but of course, not only are there a lot of funny women, some of them are funny professionally.

When I was in Edinburgh last month for the annual Fringe Festival, my main purpose was to review theatre for The F-Word, but I also took in several comedy shows. Some of the comedians I saw had been performing at the EFF since 2006, like Josie Long and the aforementioned brilliant Kate Smurthwaite, both witty, political, likeable and funny women. Some were new to stand-up, like Veronica Elizabeth, who had only been performing for about a year yet had the comic timing and energetic stage presence of a seasoned professional. That isn’t an exhaustive list of great comic performances by women I saw, either. I was by no means struggling to find funny women, delivering original, insightful and clever material – and that was without even really trying, within a few days.

It’s not all concentrated in one festival in Scotland, though. What The Frock! is a comedy night featuring a line-up of women comedians started in Bristol earlier this year. It was initially planned as a one-off event but its popularity demanded more. The night held at the UK Feminista Summer School was its fifth event, with more planned.

I talked to Jane Duffus, who runs What The Frock!, about why she decided to set up the night. She told me, “The roots of What The Frock! are in feminism,” and that setting it up had been “a point-proving exercise” – to prove that funny women exist and people would pay to see them. She was right and her events are sell outs. She also pointed out that focusing on women in comedy is not a new concept; Funny Women is celebrating its 10th anniversary and other nights such as Laughing Cows have been around for a few years. However, from Jane’s perspective, the comedy environment for women was still pretty appalling. She said she used to “whinge about how shitty things are, hoping somebody else would do something” – until eventually, she committed to doing something herself. Social media and word of mouth have been crucial to getting the news about What The Frock! out there, and when she was recently contacted by somebody based in Cambridge, she realised her nights were having an impact beyond Bristol. It’s worth pointing out, in case there was any doubt about it at this stage, that the night of entertainment I saw courtesy of What The Frock! at the summer school was excellent. At one point, the person sitting next to me told me her face was actually hurting from how much she’d been laughing. I’ve been to one other comedy night in Bristol, which was in a mainstream club and featured a line-up of men, and that was truly dire; any of the comedians I saw at What The Frock! would have performed infinitely better.

So here we are again. Why aren’t the mainstream clubs booking women? Or when they are, why are they only booking one out of a line-up of four or eight? Why are the vast majority of comedians on TV men? And, although I haven’t touched on this in this post, why are so many jokes reliant on or supportive of gender roles, gender stereotyping, misogyny or rape culture?

The world of comedy is in serious need of some feminist critiquing. This is why The F-Word has decided to enlist the support of a new comedy editor. It’s a position we’ve not had before, but we’ve been having more and more enquiries from readers about comedy and women, and as this post demonstrates, there’s plenty to be said on the subject, and a clear need to provide reviews and publicity for feminist women comedians.

If you’d like to apply to be the comedy editor for The F-Word, head to this post for details. Otherwise, look out for comedy reviews and features from us in the near future!

What The Frock! will be running regular monthly nights from January 2013, including a 10-minute slot for new talent. If you’re interested, email Jane at [email protected]

Feature photo by Lidya Nada on Unsplash of a woman with her face obscurred by a smiley face balloon. First picture in the text of a statue of a woman, with the statue holding a rubber chicken, uploaded by Flickr user geirf. Second picture of comedian Josie Long wearing a fake moustache and holding a pipe obtained from Josie Long’s website and taken by Idil Sukan @ Draw HQ. Third picture of a relief sculpture of Comedy by Newbury Abbot Trent, obtained from Wikimedia Commons