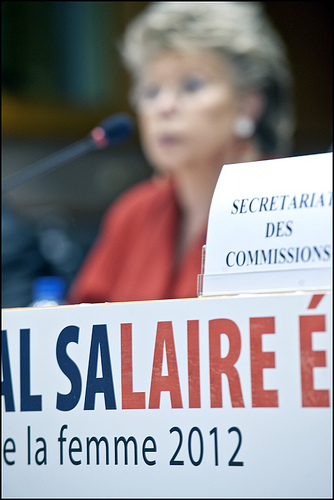 The National Bureau of Economic Research just published a paper on salary negotiations looking at the gender discrepancies. Andreas Leibbrandt and John List studied what was the tendency of someone to negotiate their salary. Here is their abstract:

into jobs that vary important details of the labor contract, we are able to observe both the nature of

sorting and the extent of salary negotiations. We observe interesting data patterns. For example, we

find that when there is no explicit statement that wages are negotiable, men are more likely to negotiate

than women. However, when we explicitly mention the possibility that wages are negotiable, this difference

disappears, and even tends to reverse. In terms of sorting, we find that men in contrast to women prefer

job environments where the ‘rules of wage determination’ are ambiguous. This leads to the gender

gap being much more pronounced in jobs that leave negotiation of wage ambiguous.

So ladies, if we are to minimize the gender pay gap we need to make it a rule to negotiate our wages at every opportunity regardless of the rules.

You can find the study here.

The photo above depicts a woman with the sign with the word “salaire” in focus. It was originally posted by the European Parliament flickr account and is used under the creative commons license.