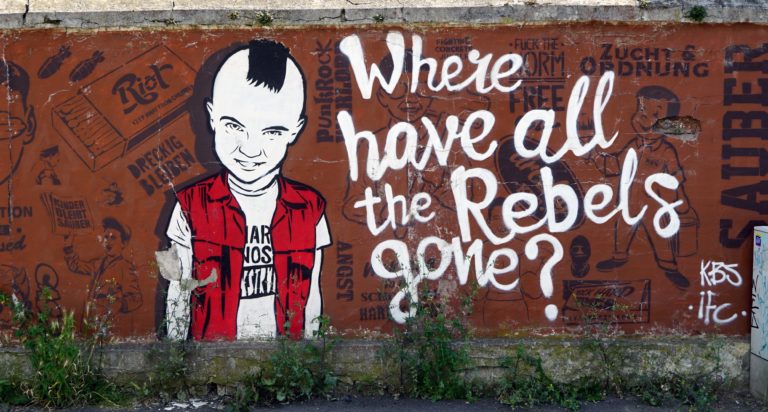 Hello, and welcome to another music paste up post.

First up, Lizette Lizette, newly relocated to London from Stockholm where she has built up a strong reputation as a producer and DJ. Inspired by 1990s house and techno, her debut solo release ‘Wheel of Fortune’ is released in the UK on 13 November. Here it is.

Lizette will be playing in London at the Cheap Monday store on Carnaby Street on 10 November. She will be doing a DJ set between 2 and 6pm. You can find out more about Lizette here

Staying with electronic music, here is the excellent current single from the similarly Swedish Karin Park, which I’m including because I like it’s mix of DIY, androgyny and glamour.

Lastly, when I come across a good musical mash up on YouTube I do like to share it, so this is a tribute to the film Tank Girl, with a soundtrack provided by Shiny Toy Guns and their song ‘Le Disko’. Enjoy…

Image is a punk themed graffiti’d wall. With the slogan “Where have all the rebels gone?” Image by Robert Anashch on Unsplash